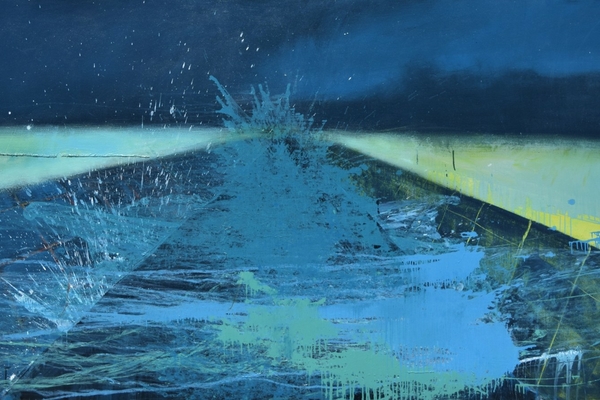 I didn’t want to go to Cuba. When my friends put the trip together, I acquiesced, but had serious reservations. The adjectives that ran through my imagination included: depressing, dingy, resentful and crumbling. After spending a few days there, the adjectives changed: energized, cultured, historic, proud and warm. How has such an amazing place remained invisible to us for so long?

Walking through the streets of Havana, you glimpse the glory of a long and distinguished history. Admittedly, the buildings are worn and dilapidated, but what magnificent structures they were and could be again! The “Paris of the Caribbean” is a fitting tribute and one that the Cuban people want to reclaim. There may be no place in this hemisphere more pregnant with possibilities.

Like everything else in Cuba, the art community was a surprise. I was sure the art would be either naïve and colorful, or politically charged––screeds on canvas. Nothing could have prepared me for the sophisticated, cutting edge works that graced the walls of the local art studios. Shamefully, I was completely ignorant of the tradition of art education in Cuba that dates back more than two hundred years and the rigorous training that underpins the art community as well as the broad public interest in art and artists.

We started Avery Galleries at the turn of the century with one thing in mind: to celebrate and support the art we had come to love. For us, the focus was on American paintings. The same motivation that moved us to open the gallery almost seventeen years ago is what has prompted us to sponsor this show. Our exhibition titled Si! Cuba! features the works of five contemporary Cuban artists: Laura Carralero, Darwin Estacio, Ernesto García, José Mesías, and Ketty Rodríguez. There will be an opening reception on Friday, April 7th from 6 to 9pm, and the exhibition will be on view through May 21st, 2017. This is a show you won't want to miss, so mark your calendars now! It is long past time for the American people to meet their marvelous neighbors to the south. So, Yes! Come see Cuba!