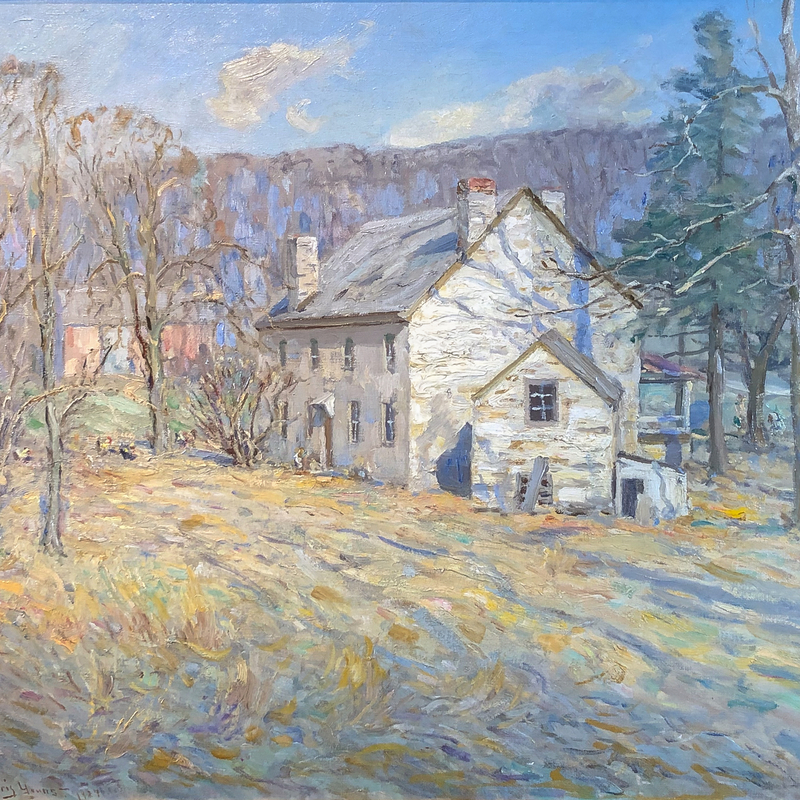 Young was a member of the Philadelphia Art Club and an associate of the National Academy of Design.  His paintings are included in the collections of the Pennsylvania Academy of Fine Arts; the Corcoran Gallery; the Boston Art Club; the St. Louis Art Club, the Budapest National Gallery; the National Gallery in Santiago, Chile; the Albright Art Gallery; the Rochester Art Gallery; the Reading Art Museum; and the Philadelphia Museum of Art. Charles Morris Young continued to paint in his studio in Radnor, Pennsylvania, until his death at the age of 95 in 1964.