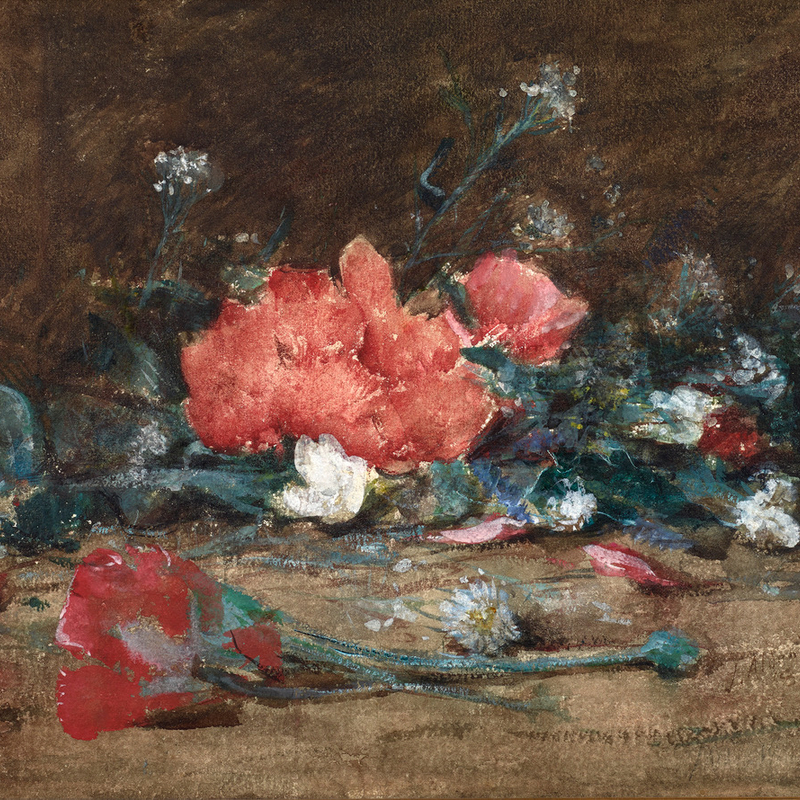 Julian Alden Weir was the son of historical painter, Robert W. Weir, who served as the drawing instructor at the U.S. Military Academy in West Point, New York for over forty years. J. Alden was the youngest son in a family of sixteen children. Many of the Weirs were painters, but J. Alden certainly established the career of most renown. He originally studied painting under his father and later worked in the studio of his brother, John Ferguson Weir, who went on to head the Department of Art at Yale University from 1869 to 1913. J. Alden then studied at the National Academy of Design in New York before traveling to Paris to study at the Ecole des Beaux-Arts in 1873.

Weir returned to the United States late in 1877 and began teaching classes at the Cooper Institute and the Art Students League in New York. In 1882, Weir purchased a farm with several hundred acres of land in Branchville, Connecticut. In 1883, through his wife's family, he acquired another residence in Windham, Connecticut. In 1886, he purchased a house in New York. Weir spent the remainder of his career dividing his time equally between the three homes. Around 1890 Weir began adopting an Impressionist style, which suited his growing interest in landscape depictions. He was soon considered a leading member of the new Impressionist group of painters emerging in America at that time. In 1898, he became one of the founding members of The Ten, which was a group including Willard Metcalf and Thomas Dewing that rebelled against what they regarded as mediocrity in American art.