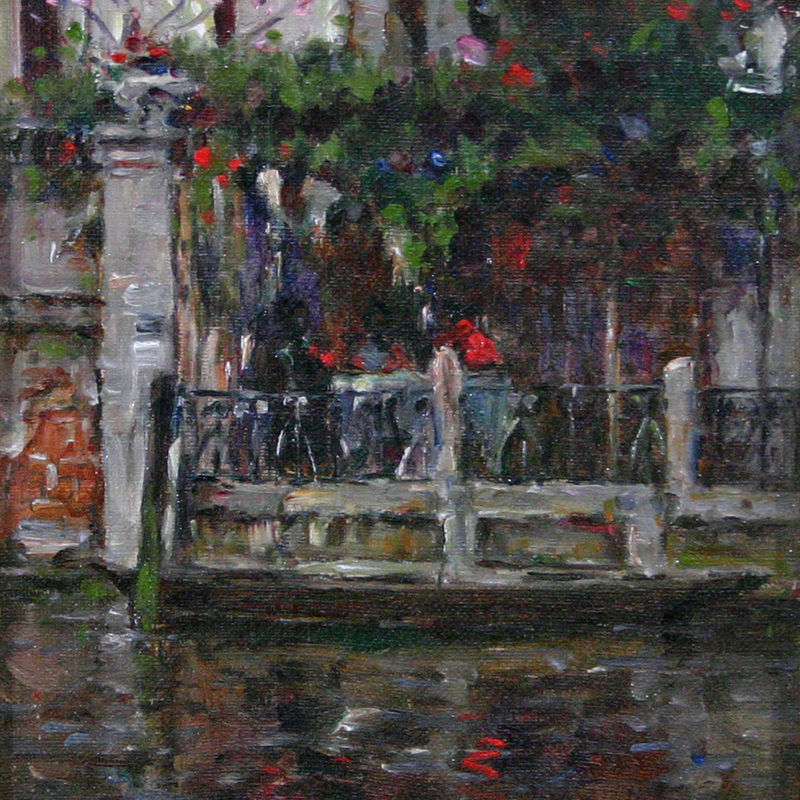 Born in Warren, Ohio, Luther Emerson Van Gorder was one of the most distinguished painters of the Toledo area during the late nineteenth and early twentieth century. While young, he worked for a Toledo newspaper, and then went on to study art in New York City with William Merritt Chase before traveling to Paris to study with Carolus Duran at the École des Beaux-Arts from 1894 to 1896. He continued to live abroad for five years, later returning to Toledo where he painted street scenes, landscapes, and illustrations. He became a frequent exhibitor at the National Academy of Design, the Pennsylvania Academy of Fine Arts and the Art Institute of Chicago. His work is now included in collections throughout the country, including the Toledo Museum of Art, the Tweed Museum of Art, the Huntington Library Art Collections, and the Worcester Art Museum.