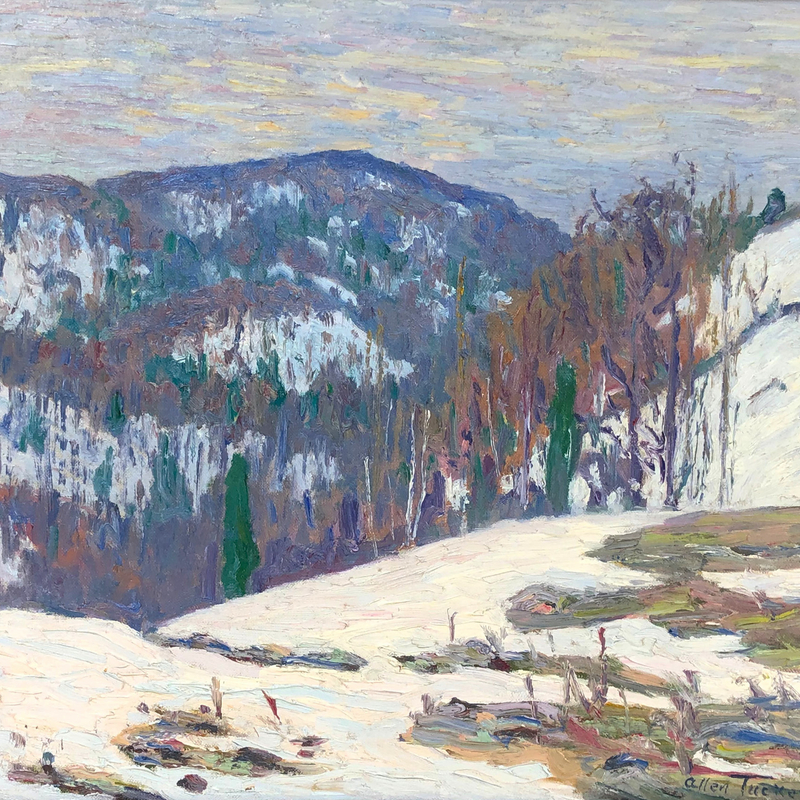 In his seminal survey American Impressionism, William Gerdts hailed Allen Tucker as “Vincent in America,” indicating the profound influence Vincent van Gogh had on the artist’s paintings; however, Tucker was also strongly influenced by John Twachtman earlier in his career. Indeed, Tucker studied with Twachtman at the Art Students League in New York, while he was simultaneously working as an architectural draftsman at his father's firm. It wasn't until he was thirty-eight years old that he gave up his career as an architect entirely and focused on painting full time.

In 1911 he became a charter member of the Association of American Painters and Sculptors, which would conceive and plan the 1913 Armory Show. Tucker was instrumental in organizing that landmark exhibition, in which the American public was introduced to European modernism on a grand scale for the first time. Six years later in 1919, Tucker helped found the Society of Independent Artists, which would rebel against traditionalism. Tucker's style and career at large cannot be neatly summed up with one stylistic characterization. Moreover, he not only painted, but also wrote (Here and There; Design and Idea; and John Henry Twachtman) and acted as an art advisor. That his interests were varied is in keeping with the transformations of his personal artistic style and practice.