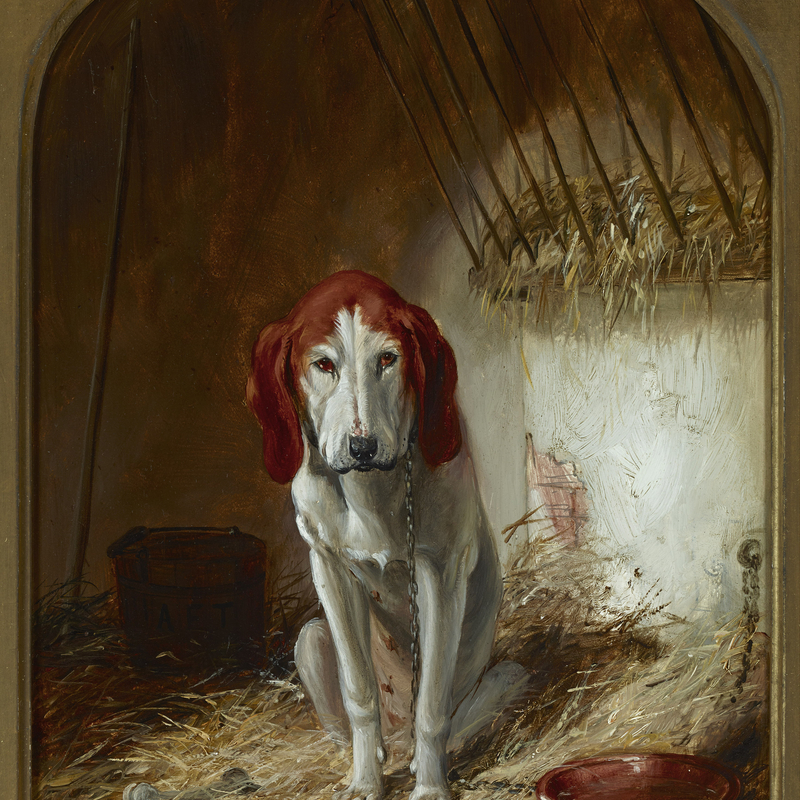 Born in Liverpool, England, Arthur Fitzwilliam Tait immigrated to the United States and became one of America’s finest animal painters. He was primarily self-taught, although as a boy, he trained as a lithographer for Agnew’s, an art dealer in Manchester, England. Tait also met and assisted George Catlin, who painted Native Americans, and this connection may have helped enhance Tait’s fascination with the American Wild West and sporting life.

In 1850, Tait traveled to the United States to pursue his interest in wildlife and hunting. The pastime of sport in America owed a great deal to its English forebear; however, in the United States the land was open to hunters of every social class, whereas hunting in English society remained the privilege of the aristocratic gentry. Moreover, America had long been viewed as a “hunter’s paradise,” and shooting was a favorite national pastime.1 Tait became a skilled woodsman and marksmen and applied that excellent first-hand knowledge to his paintings. Indeed, Tait was a careful and realistic observer of wildlife who adhered strictly to the English aesthetician John Ruskin's theory of "truth to nature" in art. Thus, it is not surprising that his animal paintings were hailed for their masterful realism. Furthermore, he captured the personalities of the animals, while maintaining this level of realism and never venturing toward cartoon.