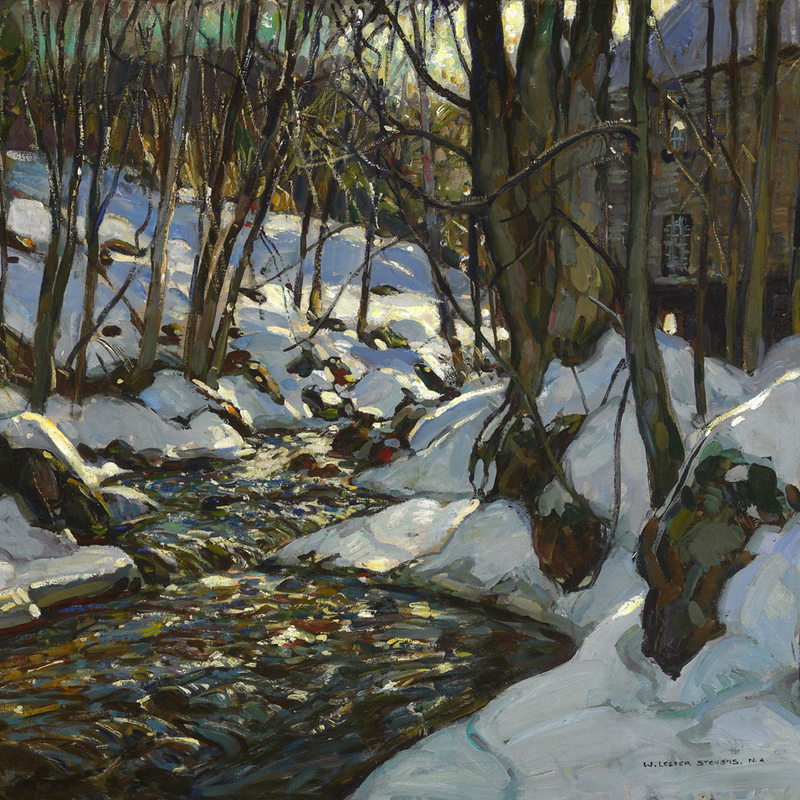 William Lester Stevens
Below the Mill

William Lester Stevens exhibited artistic talent at an early age.  He first studied with Parker Perkins in his native Rockport.  In 1909 he won a scholarship to attend the School of the Museum of Fine Arts, Boston, for four years.  While there he had the opportunity to study with such great artists as Frank Benson, Edmund Tarbell, Philip Hale, and William Paxton -- all of whom stressed the importance of good draftsmanship in addition to teaching their students about Impressionist style and color. The influence of their pedagogy can be found in all of Stevens's best paintings.

Throughout his career, Stevens exhibited at the Corcoran Gallery of Art, Washington, DC; the Pennsylvania Academy of the Fine Arts; the Art Institute of Chicago; and the National Academy of Art, New York. Stevens, along with his friend Aldro Hibbard, was instrumental in organizing the Rockport Art Association in 1921 with the goal of making art more accessible to common people. Later in his life Stevens also organized the Conway Festival of the Hills and the Berkshire Arts Festival.