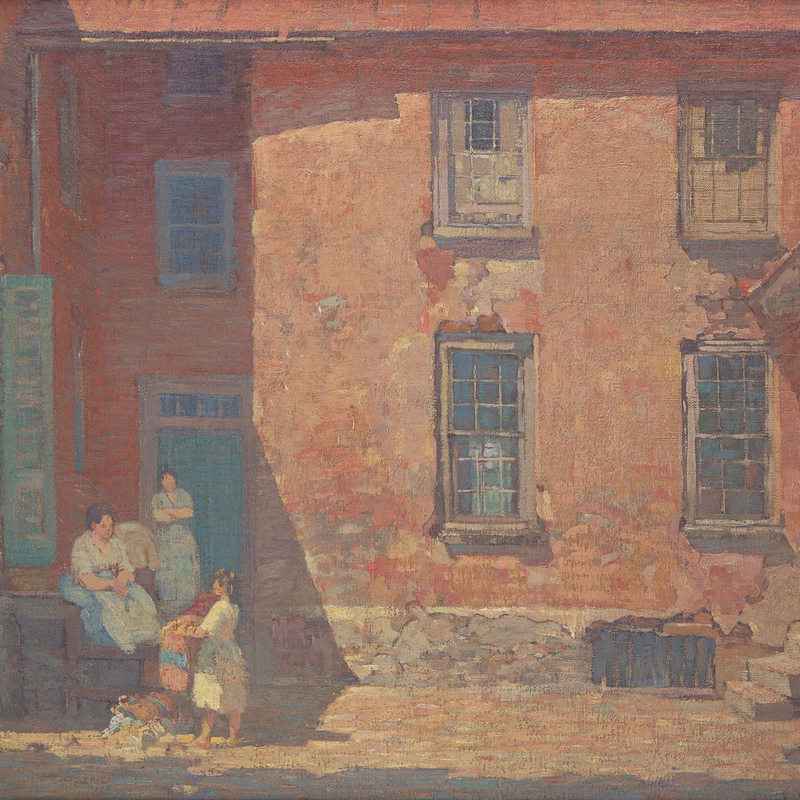 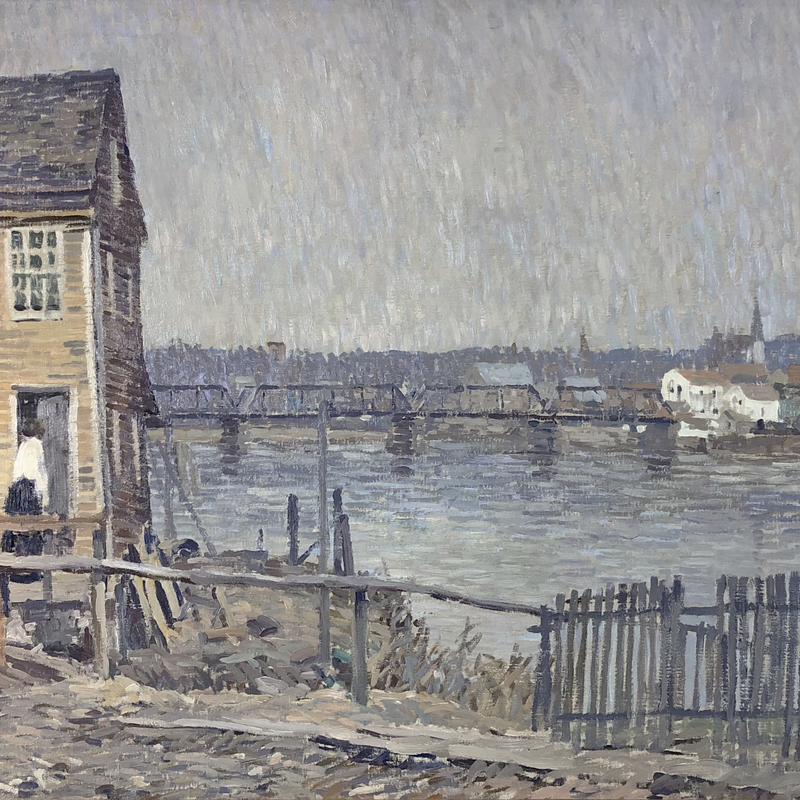 Robert Spencer was the son of a Swedenborgian minister.  He briefly studied medicine as a young man living in his native Nebraska, but then decided to train as an artist and moved to New York City. He enrolled in the National Academy of Design, and later studied with William Merritt Chase and Robert Henri at the New York School of Art. Henri would become a lasting influence on Spencer’s own artistic style. In 1906 he moved to New Hope, Pennsylvania, where he studied with Daniel Garber, a renowned American Impressionist in the artists’ colony there. Spencer spent the next twenty-five years in New Hope, becoming of the most prominent artists living there. He enjoyed critical and commercial success.

Spencer’s work was quite visible in the New York art word and beyond. The Metropolitan Museum of Art purchased one his paintings, titled Repairing the Bridge, in 1914. In 1915 the artist won the gold medal at the Panama-Pacific International Exposition in San Francisco. He also befriended Duncan Phillips, an important collector and future founder of the Phillips Collection in Washington, D.C. Phillips purchased eight canvases by the artist, and after Spencer’s death said, “there was no other painter, not John Sloan or Edward Hopper, more pungently American in expression.” Spencer suffered from severe depression and also had a terribly unhappy marriage to Margaret Fulton, also an artist.  He took his own life in 1931 at the age of fifty-two.  Today his paintings are included in such distinguished collections as the Brooklyn Museum, the Carnegie Institute, the Corcoran Gallery of Art, and the Detroit Institute of Arts.