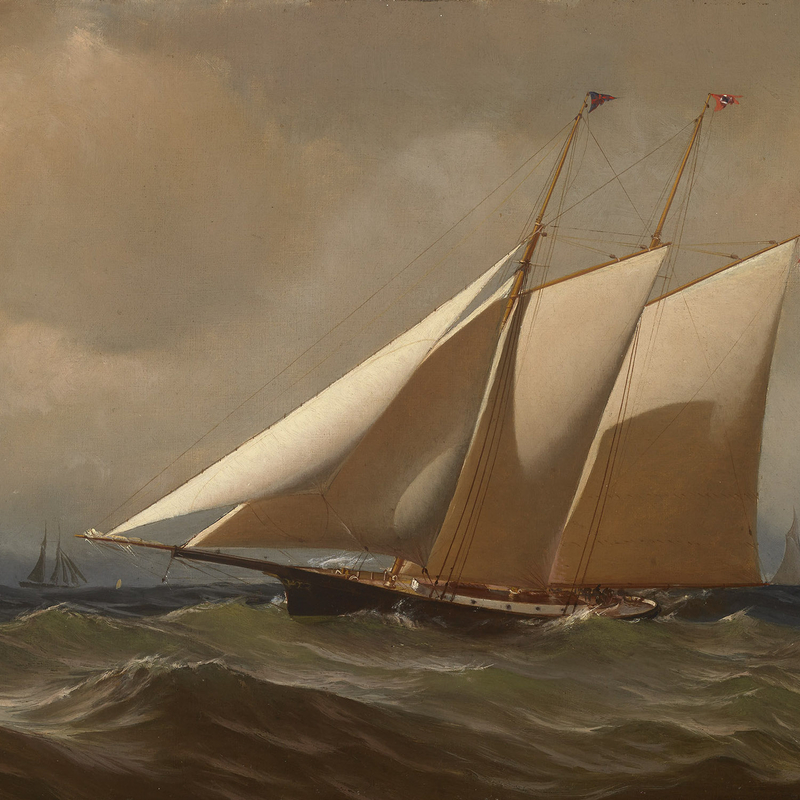 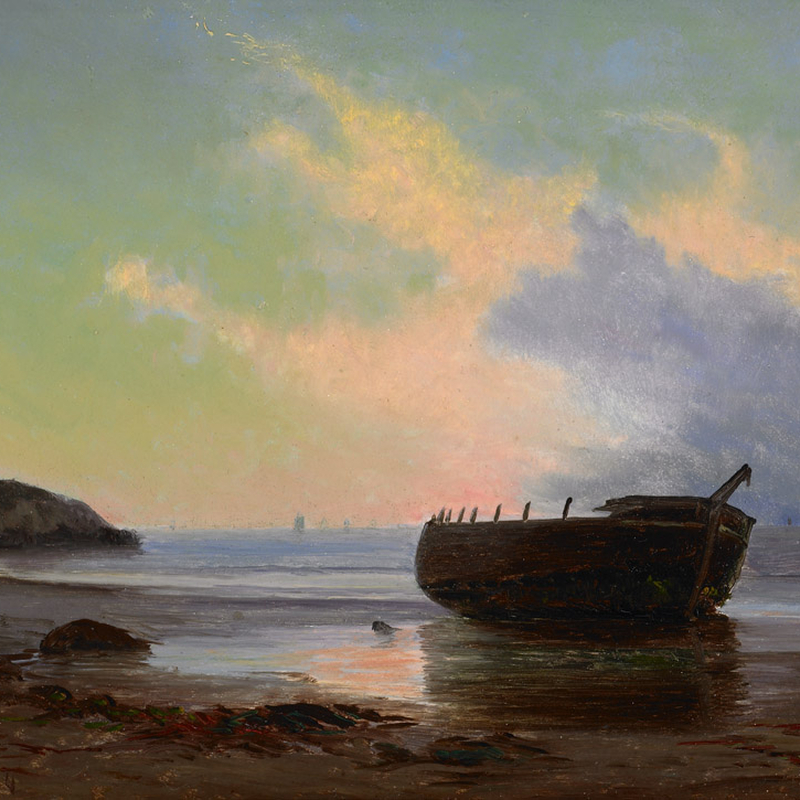 Archibald Cary Smith was born in New York City.  He was educated at the University grammar school, and as a young man learned drafting and boat-building skills. In 1863 he studied painting under Maurice F. H. De Haas, a Dutch-born painter who specialized in maritime scenes. During the 1860s Smith exhibited at the National Academy of Design and the Pennsylvania Academy of the Fine Arts.

Smith painted and designed yachts concurrently. In his paintings his technical understanding of boating is evident. The mastery with which he paints the vessels could only come from one who had an intimate understanding of the ways that boats move in water. True to the romantic age in which Smith was painting, his works often incorporate elements of danger. The viewer is always aware of the immensity of the ocean and awesome powers of nature.

Smith’s yacht designs were met with great acclaim.  He was responsible for designing the first iron yacht that was built in Chester, Pennsylvania, and it attracted much attention as an interesting and successful departure from the usual type. Eventually, Smith devoted himself entirely to designing and altering yachts of all kinds, including the yacht Mischief, which successfully defended the America’s Cup in 1881. In 1887 Smith delivered a course of lectures on naval architecture for the Seawanhaka yacht club in New York.  And for many years he was Measurer of the New York Yacht Club.