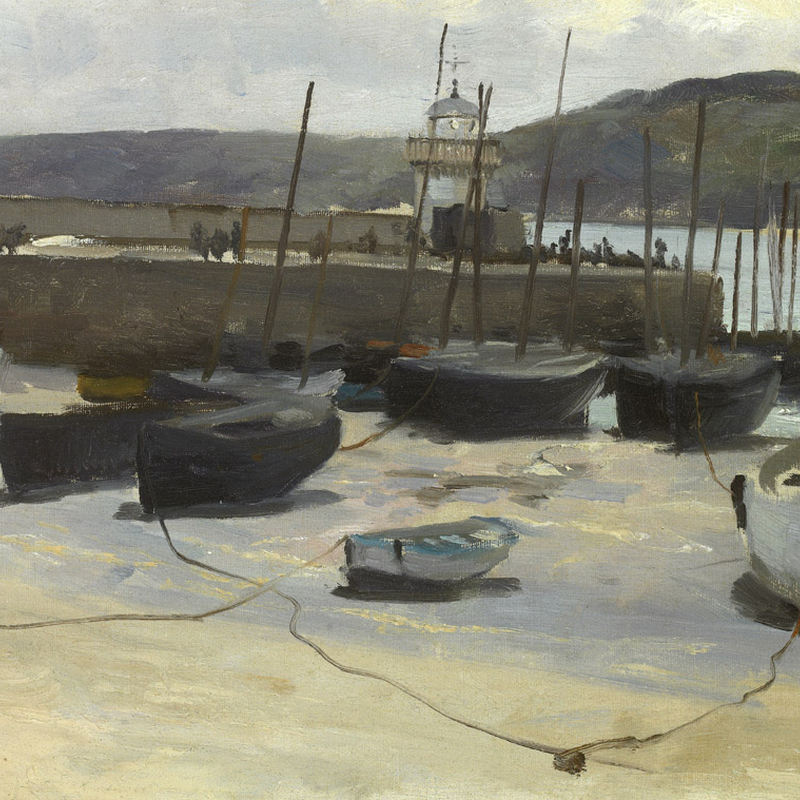 Edward Emerson Simmons was an important figure among American Impressionist painters during the latter part of the 19th century, and was unique in that he excelled in a host of media. He began training in Boston at the Museum School under the tutelage of Frank Crowninshield before he decided to embark upon the pilgrimage to Paris, frequently made by ambitious young American artists. He enrolled at the Academie Julian around 1879 where he studied with Boulanger and Lefebvre as well as encountered James Abbot McNeill Whistler, who greatly inspired the young Simmons. In 1893 he was chosen by Frank Millet to decorate the domes at the Manufacturer’s Building for the World’s Columbian Exhibition in Chicago. This was a turning point for Simmons as although he continued to paint easel paintings, he had found his niche in murals depicting American life.

Another pivotal moment for Simmons was in 1898 when he joined the group of painters called “The Ten American Painters,” or commonly referred to as “The Ten,” which was led by the pre-eminent American Impressionist, Childe Hassam and included John Twachtman and J. Alden Weir.  Being a member of this group allowed him to exhibit independent of juries, and this secured his fame almost instantaneously.