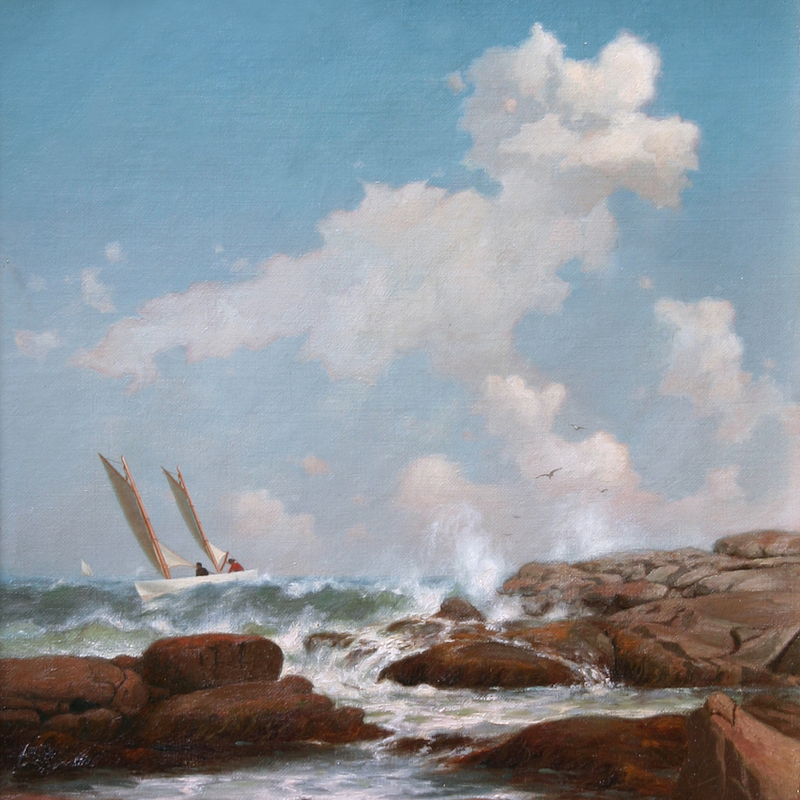 Warren Sheppard was born in 1856 in Greenwich, New Jersey –– a town long associated with ships and the shipping industry. Sheppard’s father was the captain of a lumber ship, and at an early age he instilled in his son a love for the sea.  Sheppard often accompanied his father on trips in order to study the sea and her many moods. Sheppard’s formal art training began at the Cooper Union in New York. Eventually he came to study with the Dutch maritime artist Mauritz Frederick Hendrick de Haas, from whom he learned the art of maritime painting. He worked closely with De Haas, learning the techniques necessary to capturing the power of the sea.

In 1879 he traveled to the Mediterranean coast and sketched ports in the cities of Genoa, Naples, and Messina. From 1888 to 1893 Sheppard was in Paris and Venice. By this time he had already established himself as a successful painter. His scenes of Venice are some of his finest and most popular mature works. In addition to painting the sea, Sheppard was no stranger to sailing it. He designed a large yacht for himself and also captained other vessels. Twice he was in command of Frank Maier’s Tamerlane when it won the New-York-to-Bermuda race. He also wrote the book Practical Navigation, which was a standard textbook for the United States Navy for many years. Today Warren Sheppard’s work is included in the collections of the Mystic Seaport Museum, the Peabody Museum, India House, the Toledo Museum of Art, and the Addison Gallery of American Art.