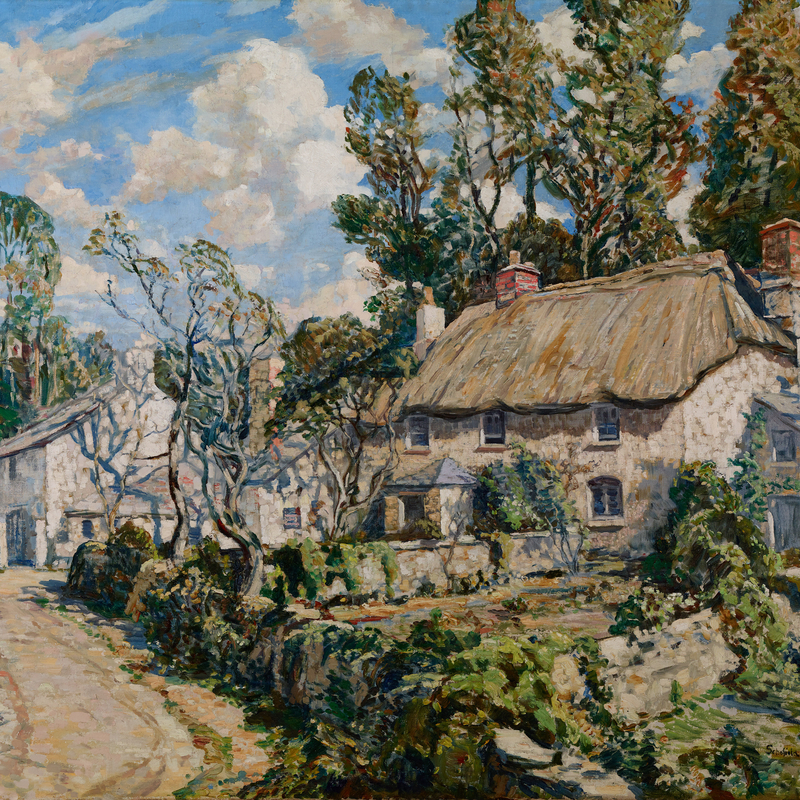 Born in Philadelphia, Schofield attended the Pennsylvania Academy of the Fine Arts from 1889 to 1892 and studied under Thomas Anshutz. Afterward he traveled to Paris and enrolled in courses at the Academie Julian from 1892 to 1895. He met Edward Redfield in Robert Henri’s studio and the two enjoyed a close friendship until 1904. Until this point, Schofield’s style was somewhat soft, akin to that of John Twachtman and Fritz Thaulow. The bold, painterly style that Schofield developed in the early part of the 1900s probably owes a good part to the influence of Redfield, who at this time was also painting landscapes in this way. Sadly, the friendship between the two men ended acrimoniously in 1904, when Schofield won the Medal of Class given by the Carnegie Institute for Across the River, a painting that Redfield insisted was based on his own idea and painting technique. According to the art historian Tom Folk, Schofield probably never painted in the New Hope area again.

During the first three decades of the twentieth century, Schofield was regarded as one of America’s finest landscape painters. He braved brutal weather conditions to capture the panoramic snow scenes for which he was most acclaimed. And his paintings of Cornwall represent some of Schofield’s most complex compositions. It’s no surprise then that he won numerous awards from some of the country’s most prestigious institutions and that his work is represented in the finest public collections of art.