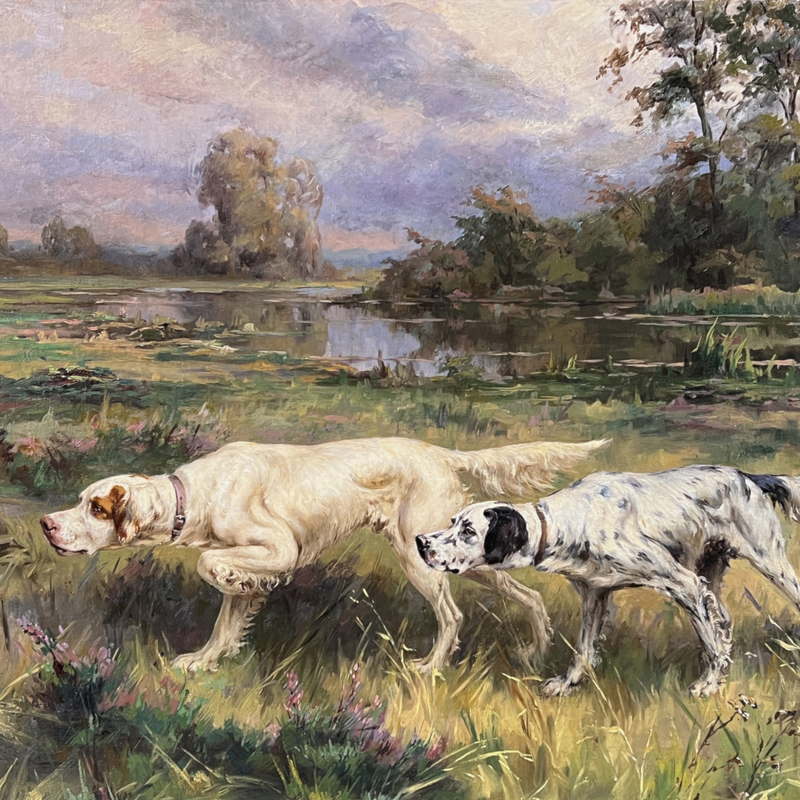 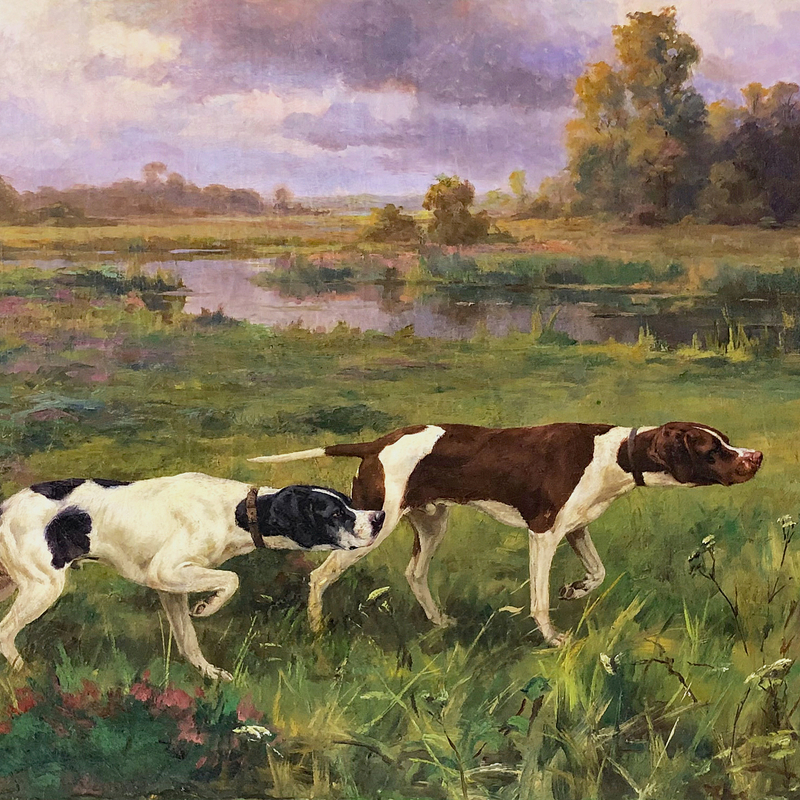 Percival Leonard Rosseau was born in Louisiana. He led a peripatetic life as cattle driver, cowboy, and commodities broker before going abroad to study art at the age of thirty-five. He enrolled at the Academie Julien in Paris, where he studied with Jules Lefebvre and Herman Leon. Like most academically trained painters, Rosseau began by painting the nude, but he found it difficult to carve out a market for these works. The turning point in his career occurred when painted Diana Hunting, and had a dog as one of his subjects for the first time. He sensed immediately that dogs were his forte, and at the next Salon he submitted two paintings of two bird dogs, which were sold immediately. Rosseau considered his knowledge of dogs and hunting to be best the guarantee of his success. He once said: “I have run hounds from childhood and have at my fingertips the thorough knowledge of dogs necessary to picture them faithfully.”