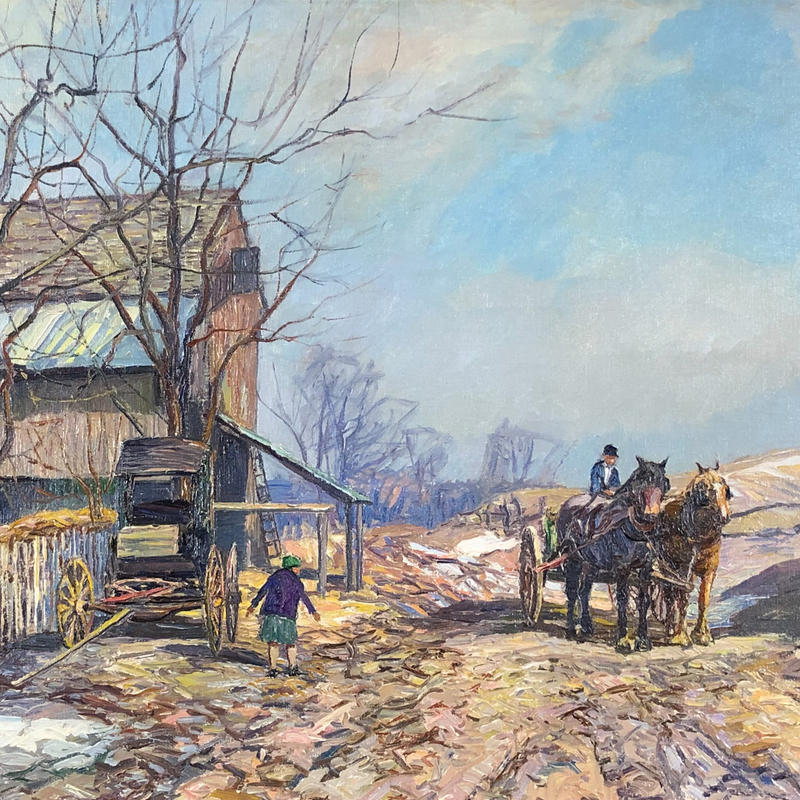 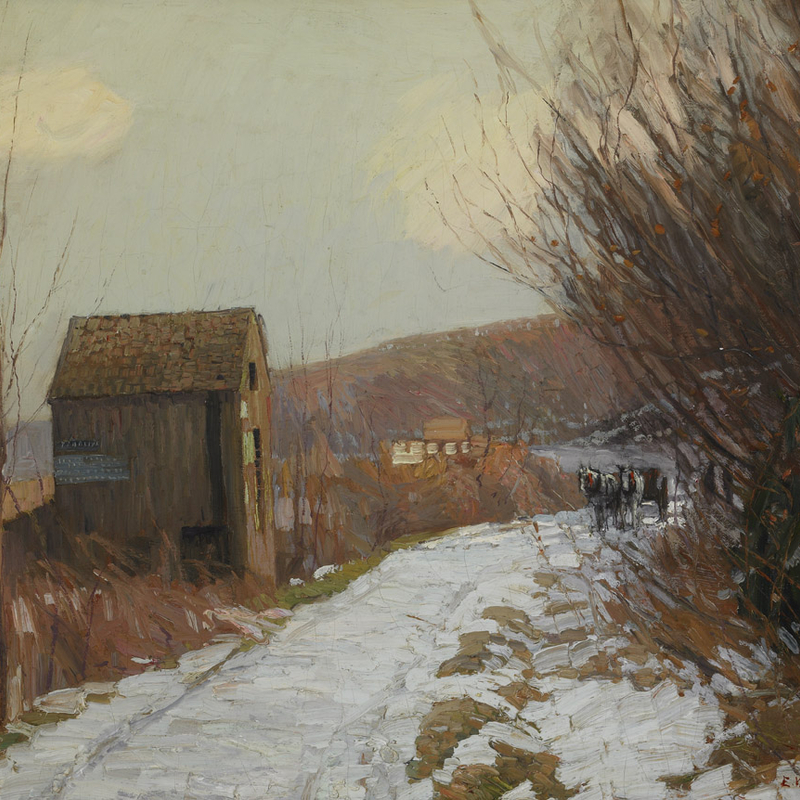 Edward Redfield's early artistic training took place at the Pennsylvania Academy of the Fine Arts from 1885 to 1889. While there he studied with Thomas Anschutz, James Kelley, and Thomas Hovenden. Robert Henri was a fellow classmate, and the two men developed a strong friendship, eventually traveling to Paris together in 1889. It was in France that Redfield's passion for landscape painting really began. There he was first exposed to working en plein air, or outdoors, which became central to his artistic practice.

Upon his return to the States, Redfield and his family moved to Center Bridge in Bucks County, Pennsylvania, not far from New Hope. He became a leading artist of the American Impressionist artists colony there.  edfield was instrumental in establishing the creative and stylistic bedrock of the movement. His style was marked by an intense absorption in the act of painting. He became best known for the sense of energy in his works, the bright colors, the powers of observation, and his ability to capture the American landscape with vigor and originality.

Redfield won numerous awards throughout his career and was hailed by critics.  His works can be found in such important collections as the Museum of Fine Arts, Boston; Art Institute of Chicago; the Metropolitan Museum of Art; the Pennsylvania Academy of the Fine Arts; and the Philadelphia Museum Art.