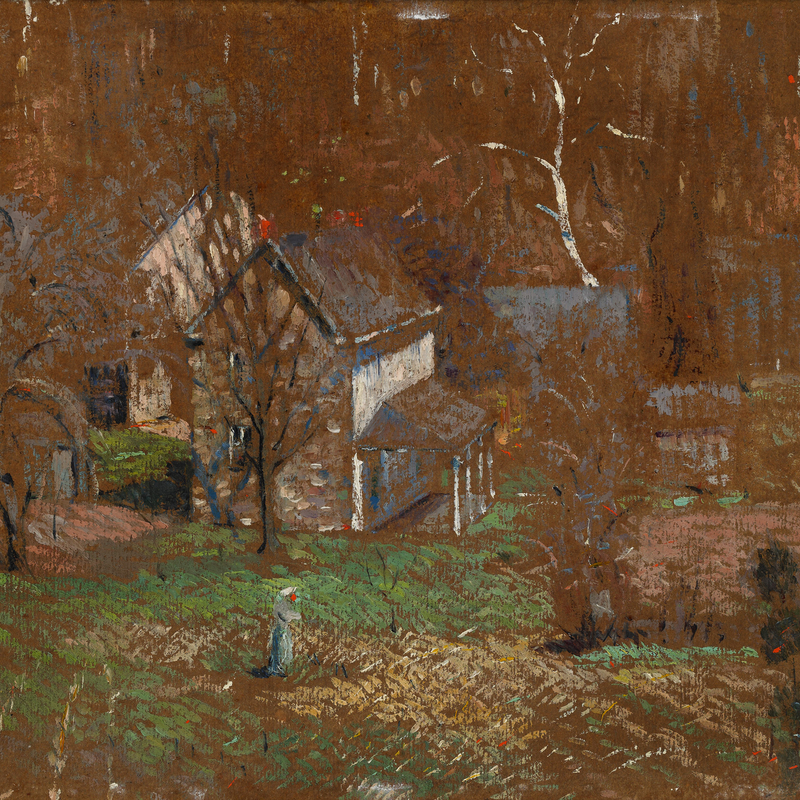 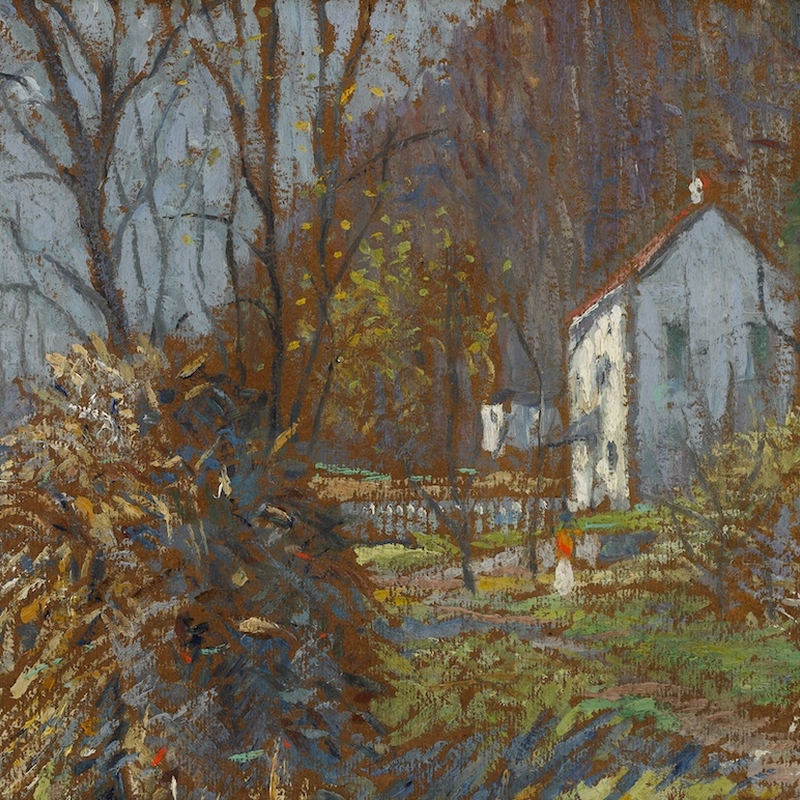 Stanley Laurence Reckless
Along the Path

Stanley Reckless's formal art training began at the Pennsylvania Academy of the Fine Arts in 1913. He studied with Daniel Garber and was greatly influenced by his teacher's lyrical approach to painting the landscape. While at PAFA, Reckless won two Cresson Traveling Scholarships, which allowed him to travel to Europe in 1915 and 1916. He also won the Toppan Prize in 1916 for the best work of art executed by a student.

Upon his return from Paris, Reckless married Gertrude Weimer, whose family had a summer home in New Hope. Weimer's father built the newlyweds a house on the towpath, and Reckless painted the landscape around their home from the late teens into the 1930s. The artist's handling of brushwork and superb ability to capture dappled light certainly owe to the influence of Garber.  Indeed, some of Reckless's works have been attributed to Garber; however, Reckless was not a very prolific painter, unlike his teacher, and his paintings are quite rare. Those landscapes of New Hope that do exist are wonderful examples of Reckless's ability to capture the essence of place.