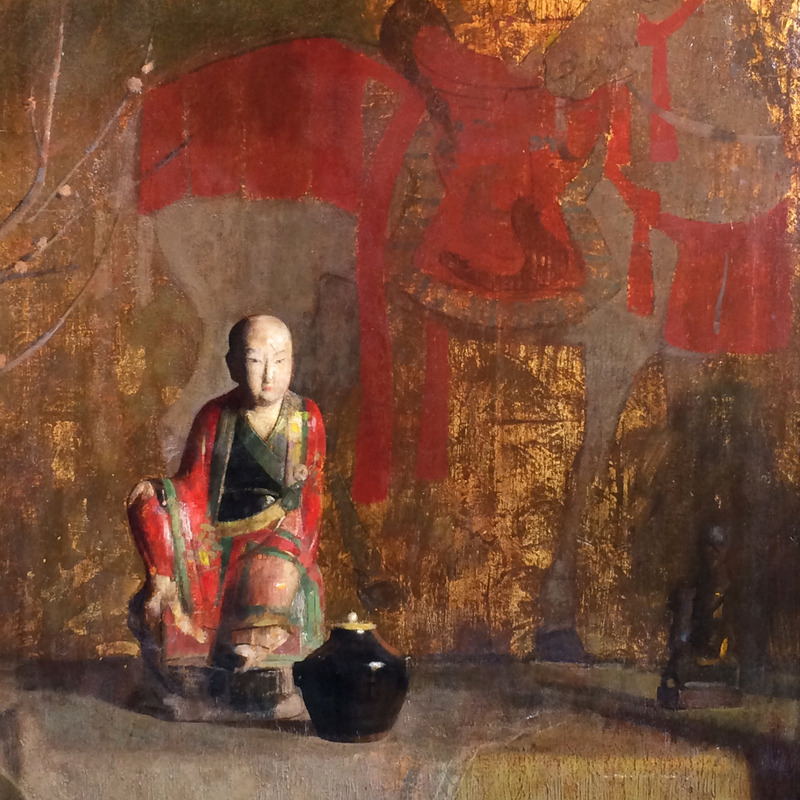 Hovsep Pushman
The Prince and His Horse

Pushman was born in Armenia on May 9, 1877. In 1888, Pushman began art studies at the Imperial School of Fine Arts in Constantinople. He immigrated to the U.S. around 1894 and settled in Chicago where he further studied at the Art Institute of Chicago. In 1910 he traveled to Paris where he was a pupil of Lefebvre, Robert-Fleury, and Dechenaud at the Académie Julian. Leaving France, he toured the Orient and was introduced to the oriental subject matter that was to become his speciality.

After his return to Chicago, he painted portraits and still lives. From 1916 to 1919, Pushman maintained a studio in the Mission Inn in Riverside, California and continued exhibiting in Los Angeles throughout the 1920s and 1930s. He settled permanently in New York City in 1919 and lived there until his demise on February 11, 1966.