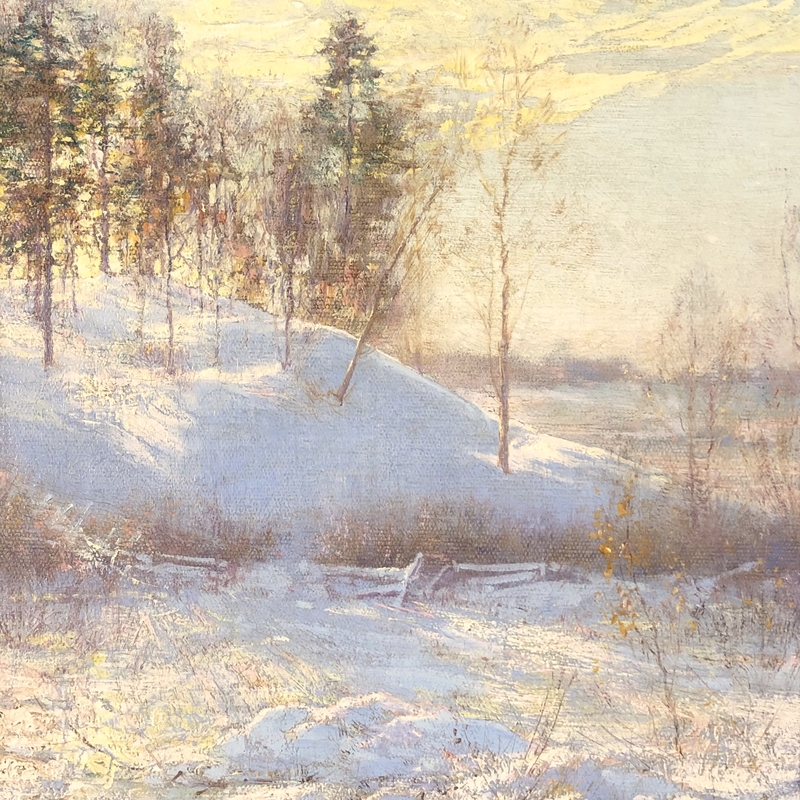 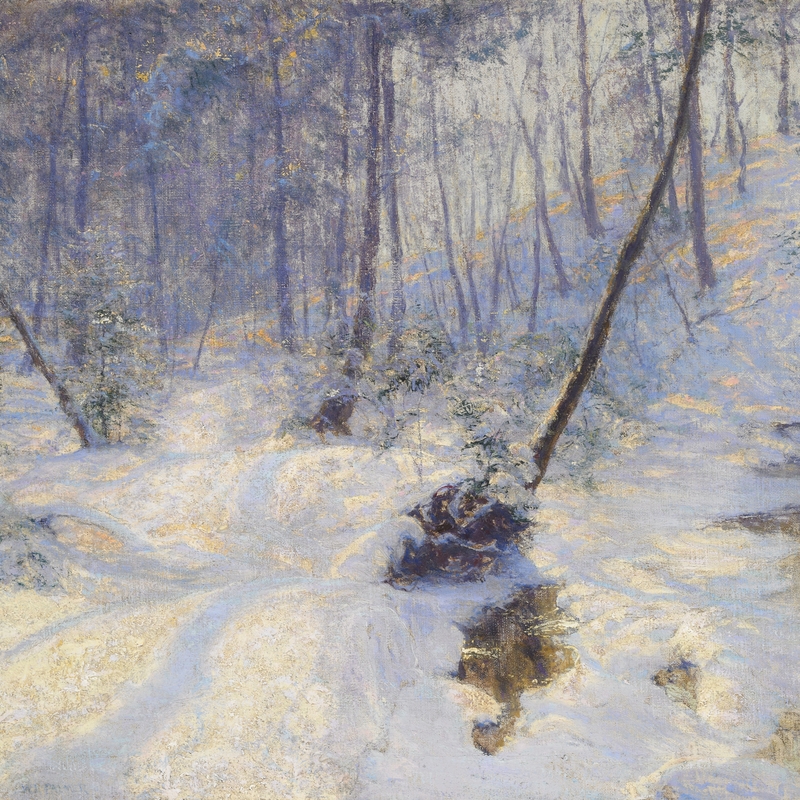 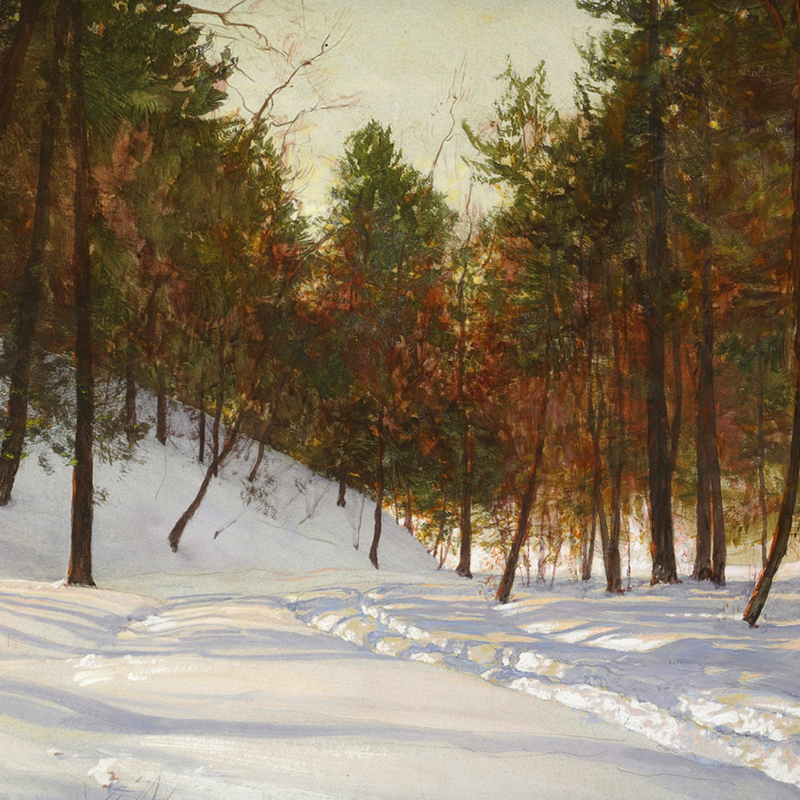 Palmer was born in Albany, New York in 1854. He was the son of sculptor Erastus Dow Palmer, and thus grew up around art and artists. When Palmer was in his teens, he began his formal artistic training with portraitist Charles Elliot and famed landscape painter Frederic Church. The young artist’s work was first accepted for the National Academy of Design show in 1872, when he was only eighteen years old. Palmer traveled to Europe and studied in Paris from 1873 to 1876. While there one of his masters was Emil Auguste Carolus-Duran, whose influence is apparent in the controlled quality of Palmer’s mature works.

Upon his return from France, Palmer resided in New York City for a few years, and in 1882 returned to Albany. By this time a consummate landscape painter, Palmer saw the vivid color potential of the snow and used it to great advantage.The gossamer effect he achieves in his paintings comes from his ability to capture the play between color and reflective light. Palmer’s paintings can be found in the Metropolitan Museum of Art, Smithsonian American Art Museum, Museum of Fine Arts (Boston), Butler Institute of American Art, and the Albany Institute of History and Art.