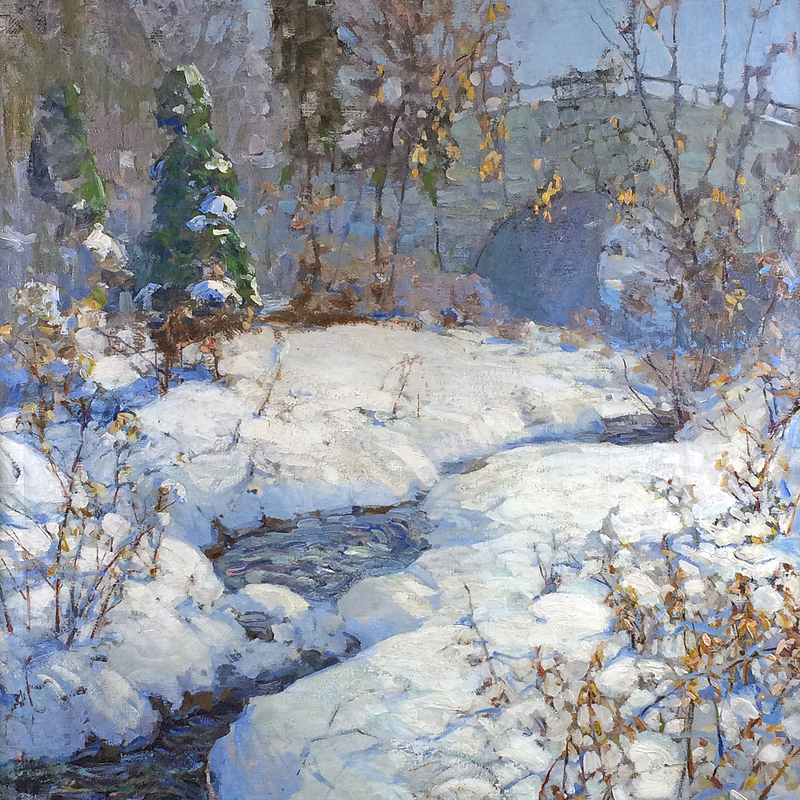 A member and President of the National Academy of Design, Hobart Nichols was born in Washington, DC, and first studied art there at the Art Students League under Howard Helmick.  Like many of his generation he went to Paris where he continued his studies at the Academie Julian.

Upon his return to the United States, he made his home in New York City until 1910 when he moved out to Tuckahoe, and a year later to Bronxville.  He would live in the Bronxville vicinity for almost a half century. His paintings were noted for their rich color, luminous palette and persuasive realism.

He was elected an Associate of the National Academy of Design in 1912, and full Academician status came eight years later in 1920.  From 1939 to 1949, he was the President of the NAD, and remained President Emeritus from 1949 until his death in 1962.