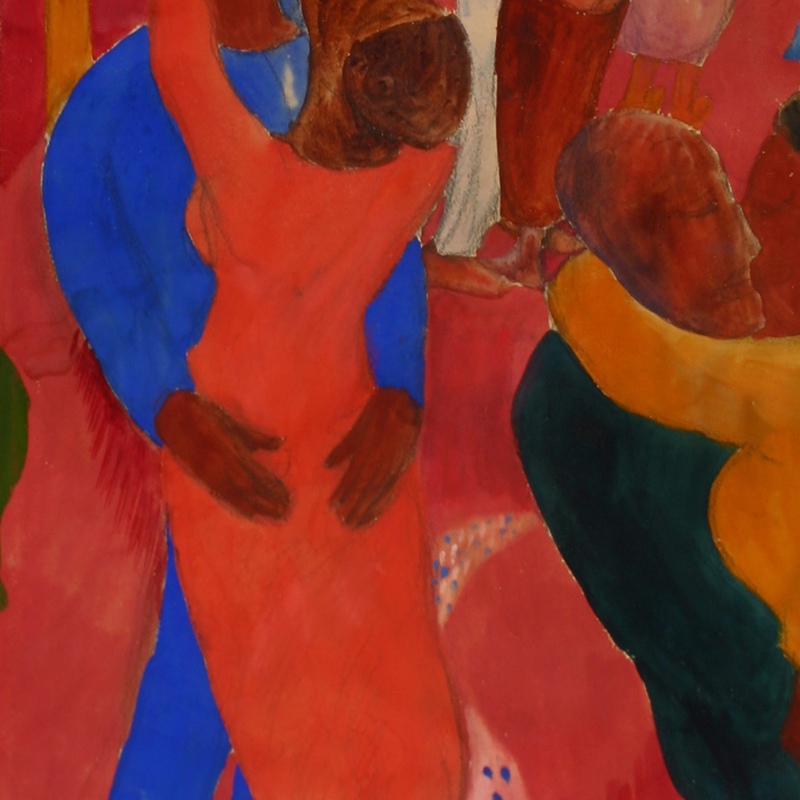 Lloyd Ney was an American painter and member of the “New Hope Modernist School.” Born in Pennsylvania in 1893, Ney studied at the Pennsylvania Academy of the Fine Arts, and in 1918, he won a Cresson Fellowship to study in Europe. He traveled to Paris in the 1920s and was deeply influenced by its diverse and vibrant modernist community. After returning to the United States, he settled in New Hope, Pennsylvania; however, unlike the majority of artists there, Ney continued to embrace a more contemporary painting style, occasionally experimenting with pure abstraction. Lloyd Ney also traveled widely throughout his career. In addition to Paris, he visited the Isle of Capri, Key West, Martinique, and Mexico.