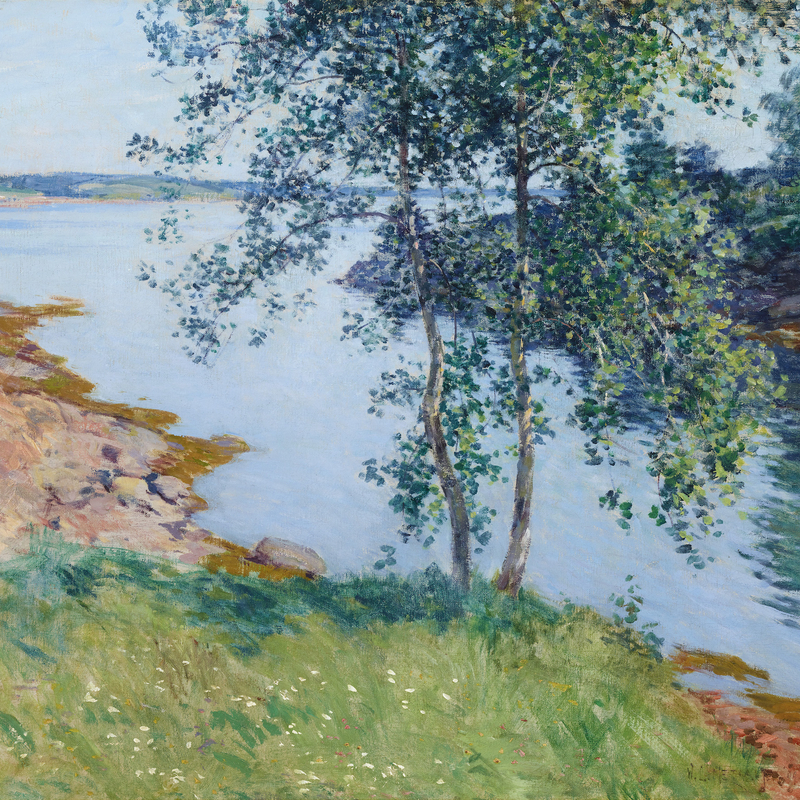 Willard Leroy Metcalf was born in Lowell, Massachusetts, to parents of little means. His formal education was limited, and at the age of seventeen he was apprenticed to the painter George Loring Brown of Boston. Metcalf was one of the first scholarship students admitted to the school of art sponsored by the Museum of Fine Arts in Boston; he took classes there in 1877 and 1878. After spending several years illustrating magazine articles on the Zuni Indians of New Mexico, he decided to study abroad and in 1833 left for Paris. There he studied at the Académie Julien under Jules Lefebvre and Gustave Boulanger. During the five years he spent in France he became intimately acquainted with the countryside around the villages of Grez-sur-Loing and Giverny. He returned to America in 1888 and in the following spring exhibited oil studies executed in France, England, and Africa at the St. Botolph Club in Boston.

In 1890 Metcalf settled in New York and worked as an illustrator for Harper’s, Century Magazine, and Scribner’s. He taught at the Cooper Union and the Art Students League. In 1897 he drafted a declaration of independence from the Society of Academic Artists and was thenceforth identified––along with John H. Twachtman, Childe Hassam, and William Merritt Chase––as on the Ten American Painters. In the early 1900s Metcalf spent the summers working at the artists’ colony in Old Lyme, Connecticut. He was strongly influenced by Impressionism, and his works from this period are characterized by loose brushwork and subtle colors. In 1907 he won the first gold medal awarded by the Corcoran Gallery of Art, Washington, DC. And in 1924 he was elected to the American Academy of Design.