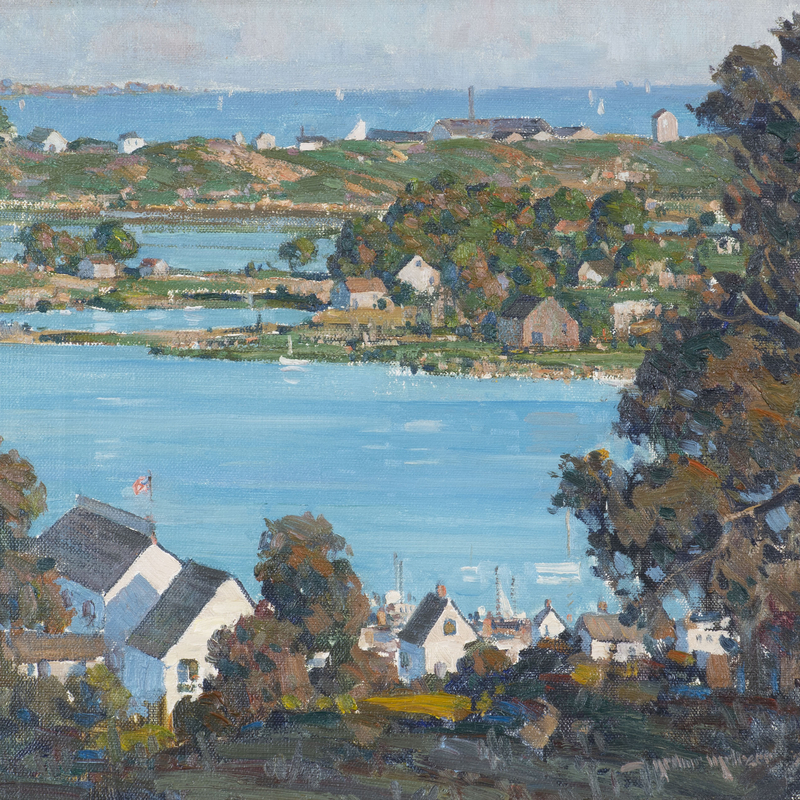 A prominent member of the last generation of New Hope painters, Arthur Meltzer was a renowned teacher and successful landscape and still life painter. He received his initial artistic training at the Minneapolis School of Fine Arts before enlisting with the army during World War I, and later attended the Pennsylvania Academy of the Fine Arts on the advice of friend and fellow artist Kenneth Bates. Meltzer studied under Daniel Garber, Hugh Breckenridge, Philip Leslie Hale, and Joseph Pearson, eventually choosing Pennsylvania as his permanent home. During the early part of the 20th century, many artists were influenced by Grant Wood’s enthusiasm to paint what was familiar. As both an academic and professional artist, Meltzer was clearly aware of these trends, and chose to join the last generation of Pennsylvania Impressionists.

Meltzer was selected for the Cresson Traveling Scholarship for European Study in his second year at the academy, and in 1922, he left for Europe with the other winners, which included Bates and Carl Lawless, another lifelong friend. The group toured England and France (where Bostonian William M. Paxton would join them) and trekked through Switzerland and Germany on their way to Italy. During their stays in these countries, which involved museum visits and plenty of sketching, Meltzer would often explore on his own, taking full advantage of the limited four-month duration of his time abroad. Upon his return home, Meltzer and his fellow Bucks County, Pennsylvania, artists diverged from French Impressionism, creating instead a rugged and uniquely “American” Impressionism. Like many artists of the earlier generation, Meltzer’s landscapes became nationalistic statements, glorifying his homeland with authentic depictions of his surroundings. With many 20th century artists turning to modernism, Meltzer clung to the Pennsylvania tradition and followed the teachings of the Pennsylvania Academy, working from direct observation without beautifying or idealizing his subjects.