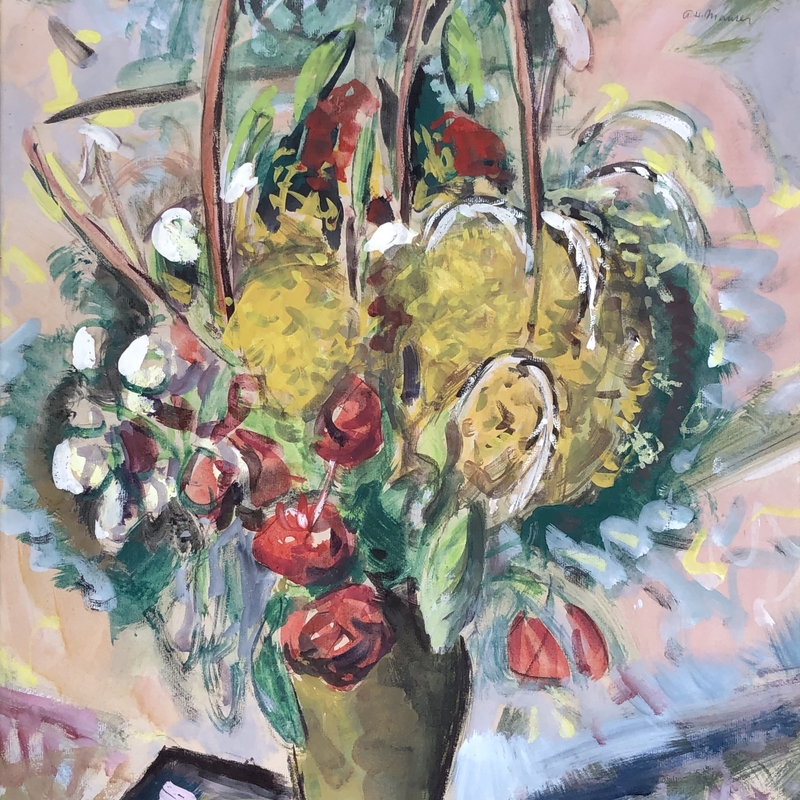 Alfred Maurer was born in 1868 in New York City, the son of Louis Maurer, a commercial artist for Currier and Ives. He worked in the family lithographic business as a young man and attended the National Academy of Design in 1884. In 1897 he left for Paris where he remained until 1914, with the exception of a brief return trip to America in 1901. He studied in Paris at the Academie Julian for a brief period. He developed a rich, brushy, tonal style, influenced by Frans Hals and Velasquez, as well as Chase, Sargent and Whistler.

Between 1905 and 1907, Maurer abandoned his tonal style, and a promising career as a traditionalist, and developed instead a brilliant Fauvist approach to color and form. His conversion may have been prompted by friendship with Gertrude and Leo Stein. He began creating striking new paintings executed with expressive brushwork and rendered with a concentration on an intensified palette of highly saturated colors. Maurer exhibited his Fauve landscapes, portraits and still lifes at important international exhibitions including the 1907 Salon d'Automne, where his colorful paintings could be seen in context with other similar works by leading Fauve artists.

With the advent of World War I, Maurer was forced to leave France and return to the United States. He began reestablishing himself in New York City and eventually found sustained support from the dealer, Erhard Weyhe, who represented Maurer at his Lexington Avenue gallery and offered him exhibitions nearly every year until 1932.