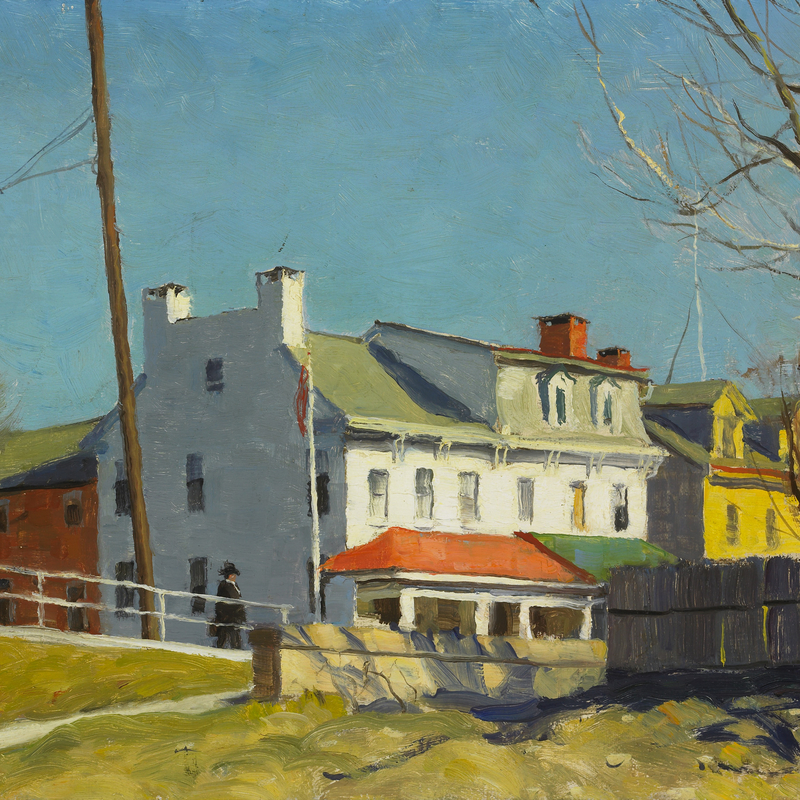 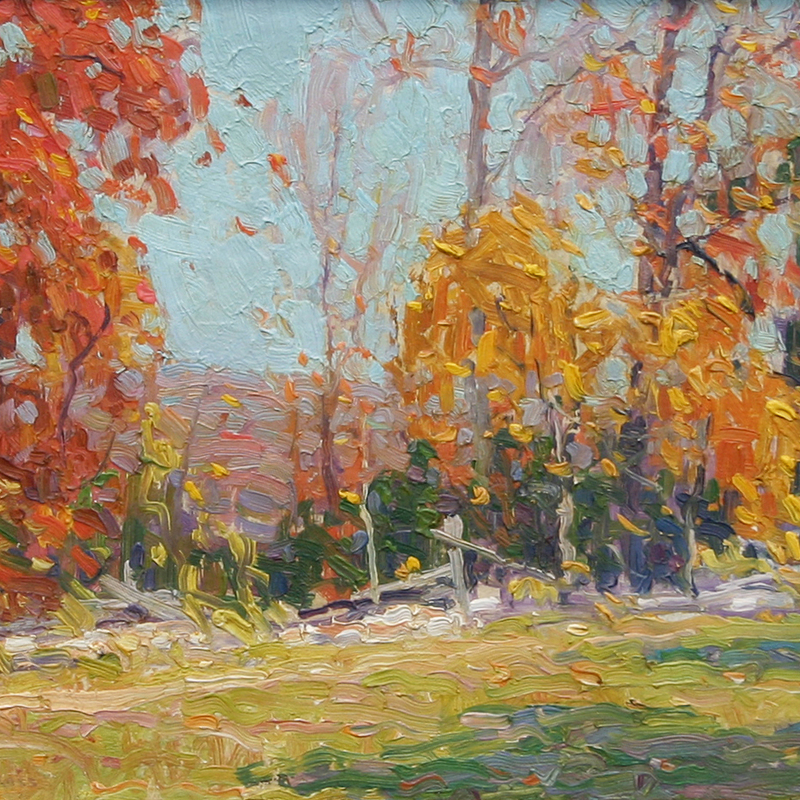 Leith-Ross was part of the third and last generation of artists working in the New Hope art colony. Although he probably visited the locale frequently between 1912 and 1930, perhaps even staying there for months at time, he didn’t move to New Hope permanently until 1935. During the time he spent there, he came under the influence of the Edward Redfield, whose painterly style is echoed in Leith-Ross’s own works from the 1920s and 1930s.

Born in 1886 in Mauritius, a British possession in the Indian Ocean, Leith-Ross immigrated to the United States at the age of seventeen. He worked as a commercial artist until about ten years later, when he enrolled at the Art Students League Summer School in Woodstock, New York. There, he studied with John F. Carlson and Birge Harrison, and later with C. Y. Turner at the National Academy of Design in New York. He then traveled to Paris to study with Jean-Paul Laurens at the Academie Julien and in England with Stanhope Forbes.

Leith-Ross also became a teacher in his own right, instructing painting at such programs as the Art Students League Summer School, the University of Utah, Southern Utah State College, and the University of Buffalo. In 1956 he wrote “The Landscape Painter’s Manual.” The artist was a member of the Allied Art Association , American Federation of Arts, the Salmagundi Club, and the National Academy of Design. He also exhibited at the Pennsylvania Academy of the Fine Arts.