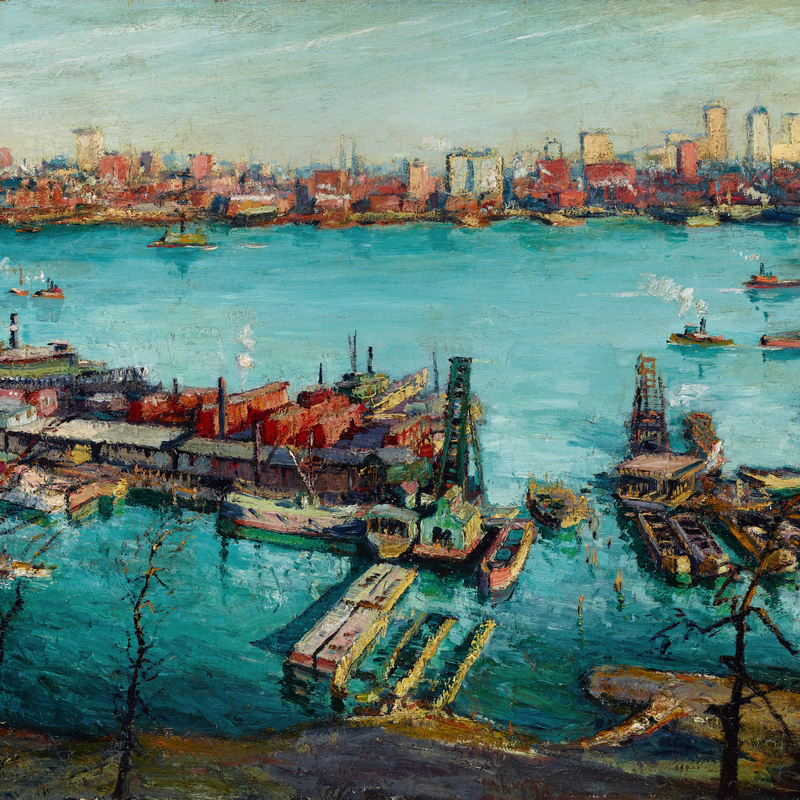 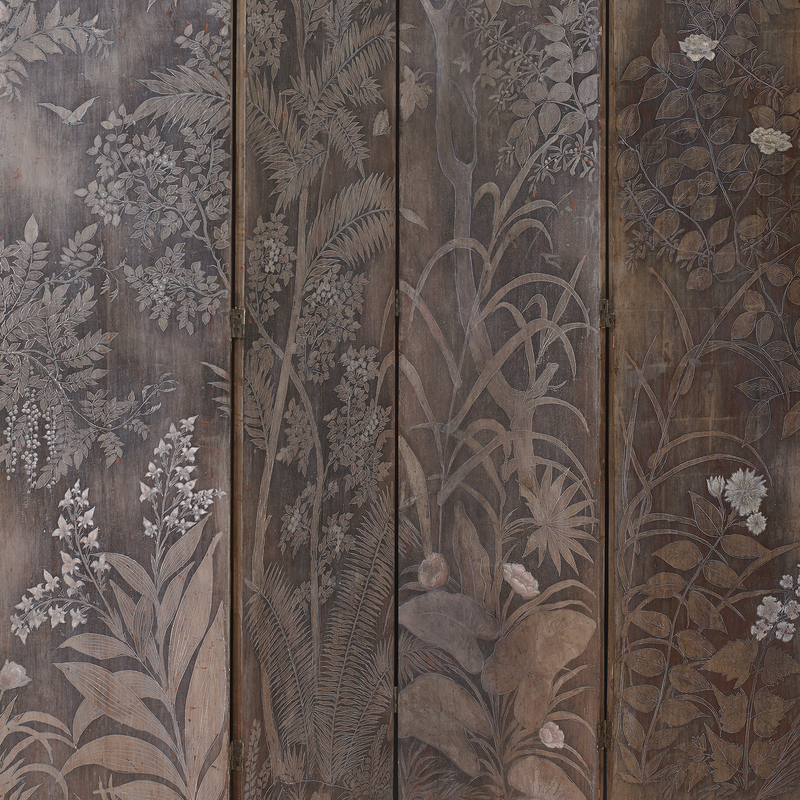 A highly versatile artist, Max Kuehne was equally skilled as both a painter and a craftsman. In fact, much of his work blurs the line between the two disciplines; his later still life paintings have an incredibly decorative quality to them, and through his ornamental painting on objects and furniture, even screens, chests, and doors became his “canvases.”

Born in Germany, Kuehne immigrated to the United States in the 1890s and settled in New York, where he studied with William Merritt Chase, Kenneth Hayes Miller, and Robert Henri. From 1914 until 1917, Kuehne lived in Spain, and it was there that he first developed his skills in woodcarving and frame-making. He was also deeply influenced by Spain’s rich cultural heritage, particularly the extraordinary decorative patterns found in Islamic art and architecture. After returning to New York in 1917, Kuehne began making his own frames and soon expanded his repertoire to include furniture and other objects. The decorative motifs that he used in these pieces were derived from a diverse mix of different cultures—Spanish, French, Islamic, Coptic, Persian, Italian Renaissance, and Japanese.