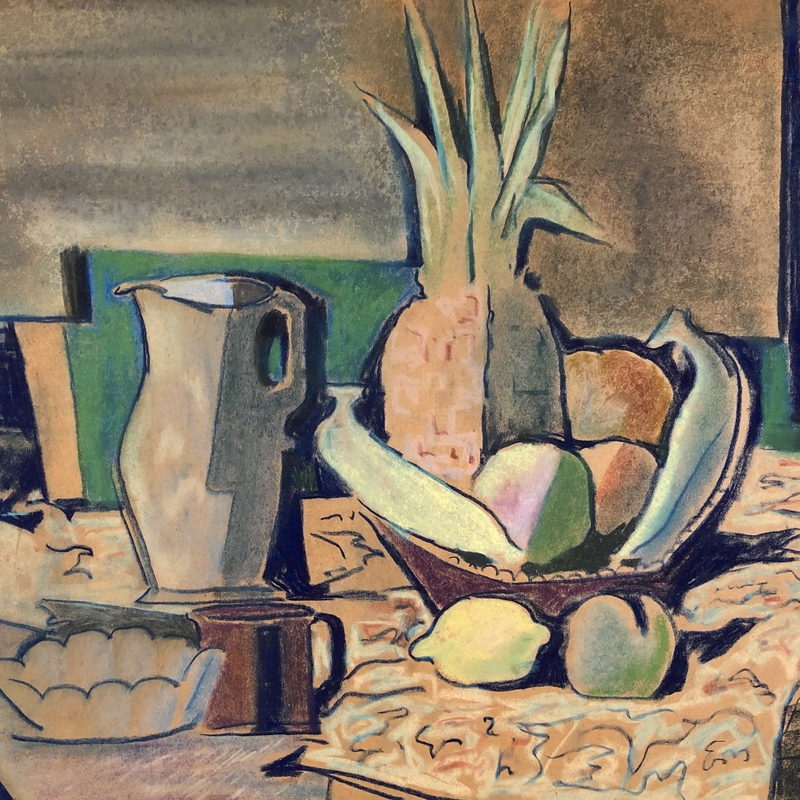 Best known as an impassioned supporter and avid collector of modern art, Earl Horter was also an artist himself. Largely self-taught, Horter was a highly skilled draftsman and engraver. He worked as a commercial illustrator for an advertising agency but also painted. During the first decades of the twentieth century Horter's work as a fine artist consisted mostly of cityscape sketches. He received his first show at the Frederick and Keppel Company Gallery in New York in 1916. Later that year he returned to his native Philadelphia to work for N.W. Ayer and Sons. Once there he connected with modernist artists Henry McCarter and Arthur Carles and soon became an ardent collector of modern art. He championed the work of Pablo Picasso and Georges Braque and focused his collection closely on acquiring works by these two pioneers of the Cubist movement.