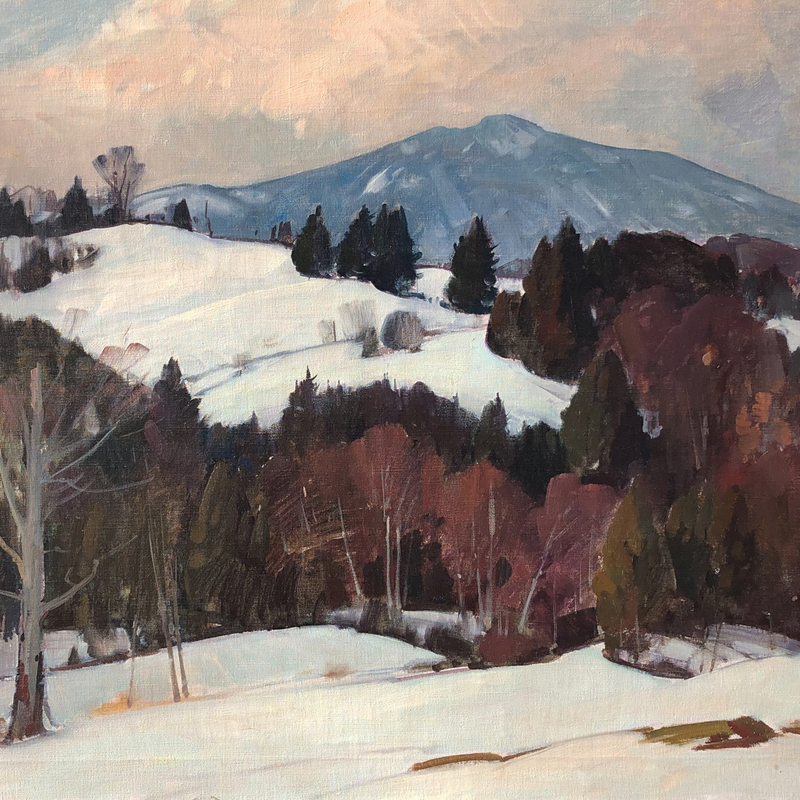 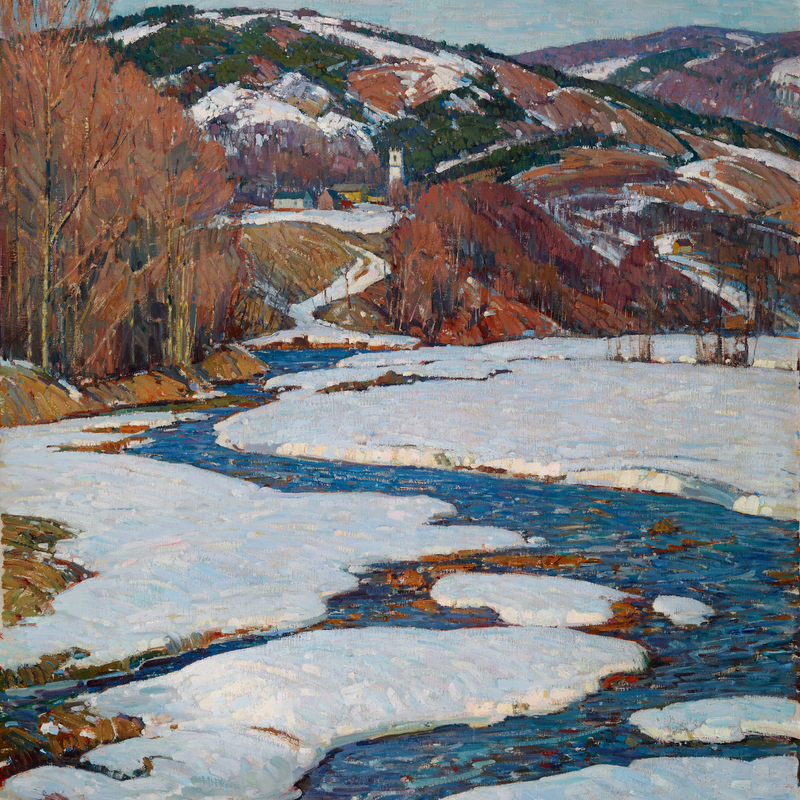 Born in Falmouth, Massachusetts, in 1886, Aldro Hibbard grew up in Dorchester and Boston. He showed early talent as an artist, an interest he shared with a lifelong love of baseball. He graduated from the Massachusetts Normal School and studied at the Boston Museum School with Edmund Tarbell and Frank Benson, and, in 1913, he won the Boston Museum of Fine Arts' Paige Traveling Scholarship to study abroad. In 1915, Hibbard was instructor of painting at Boston University. He was a founding member and director of the Rockport Art Association Summer School of Drawing and Painting, which later became The Hibbard School of Painting. In the early 1920s, he became a summer resident of Cape Ann and wintered in Vermont. In 1925, he married Winifred Jackman with whom he had two children.

Much of his large body of work, concerned with light and shadow, depicts the Vermont landscape, New England coastlines, and the Canadian Rockies. Aldro T. Hibbard was a member of the Guild of Boston Artists; National Academy of Design; Connecticut Academy of Fine Arts; New Haven Paint & Clay Club; Salmagundi Club; Copley Society; Audubon Artists; Academy of American Artists and more. He received numerous awards including Hallgarten Prize of the National Academy of Design in 1921 and gold medals at the Pennsylvania Academy of the Fine Arts in 1922, 1927 and 1931. Aldro Hibbard died in Rockport on November 12, 1972 at the age of 86.