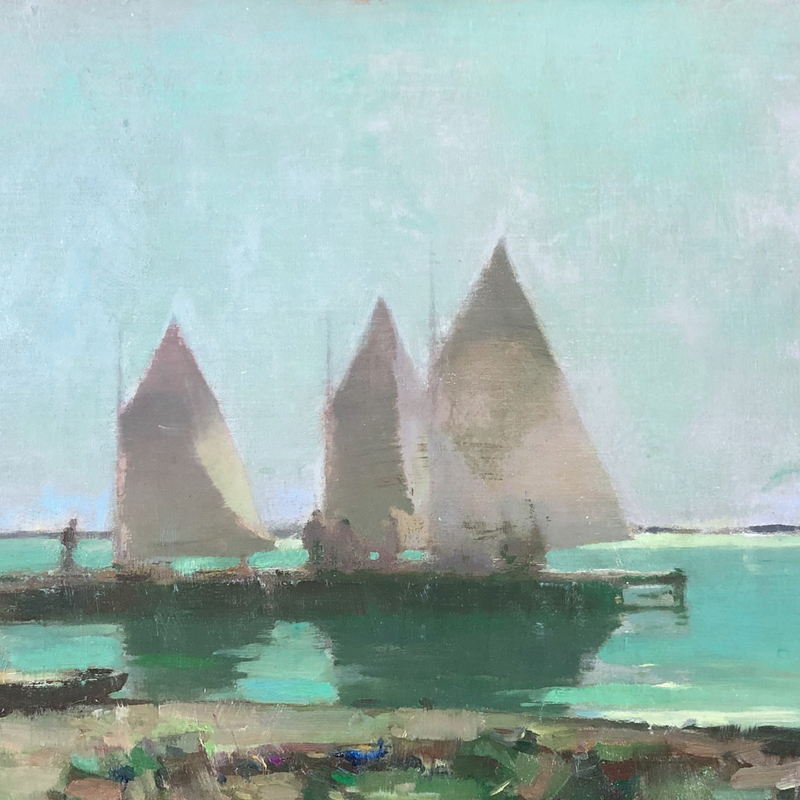 Walter Granville-Smith studied at the Art Students League in New York City under Walter Satterlee, Carroll Beckwith, and Willard Metcalf. He took bits and pieces of all three artists' styles and ultimately developed his own. Both Satterlee and Beckwith were primarily genre painters, and from them, Granville-Smith learned how to capture expression and gesture. Metcalf became of one of the great American Impressionist landscape painters, so from him, Granville-Smith learned how to paint atmosphere and place infused with mood.

After his time at the Art Students League, Smith traveled to Europe and eventually enrolled in the Academie Julian in Paris. Upon his return to New York, he set up a studio and painted mainly academic paintings for a while. Following this style, he won his first prize at the National Academy of Design in 1900, a gold medal there in 1908, and was elected an academician in 1915. In addition to his creation of fine art, Smith also contributed well-painted illustrations to Harper's Magazine, Scribner's, and other leading publications of the early twentieth century.

Smith's work is part of the permanent collections of the Smithsonian Institution, Butler Art Institute, Toledo Museum (Ohio), Salmagundi Club, the National Academy of Design, and the Philadelphia Art Club.