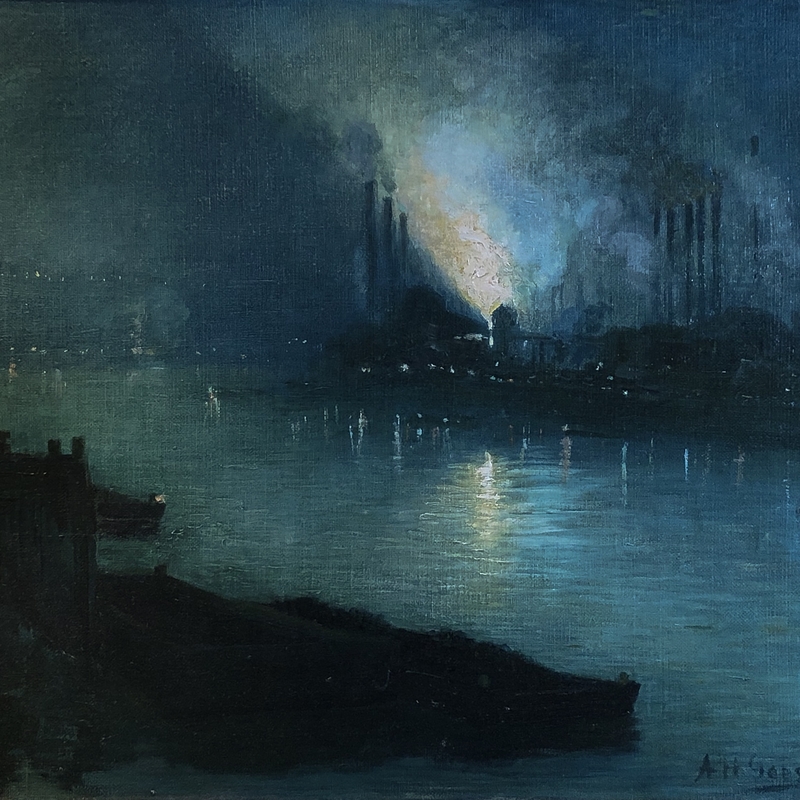 Pioneer industrial landscapist Aaron Harry Gorson, born in 1872, came to the United States in 1890 from his native Lithuania. He studied at the Pennsylvania Academy of the Fine Arts under Thomas Anshutz. In Paris in 1899, he studied at the Academie Colarossi with Jean Paul Laurens, and the Academie Julien with Benjamin Constant.

After Paris, Gorson returned to Pittsburgh in 1903 where he lived and painted until the early 1920s. He was a true urban poet of the paintbrush, in love with the night-time beauty of industrial Pittsburgh, the magic of smelting and manufacturing, the glowing of the many lights and their effects on the multi-shaped clouds of smoke amid the setting of the curving Monongahela and Allegheny Rivers. Gorson's paintings of the mills were highly prized by collectors during the last thirty years of his life, and he is remembered today for his achievements in this genre. He was also widely exhibited in major American art museums like the Corcoran Gallery, Washington, D.C., Art Institute of Chicago, Pennsylvania Academy of the Fine Arts, and National Academy of Design in New York City. Gorson moved to New York City in 1921, where his professional career continued to flourish until his death of pneumonia in 1933.