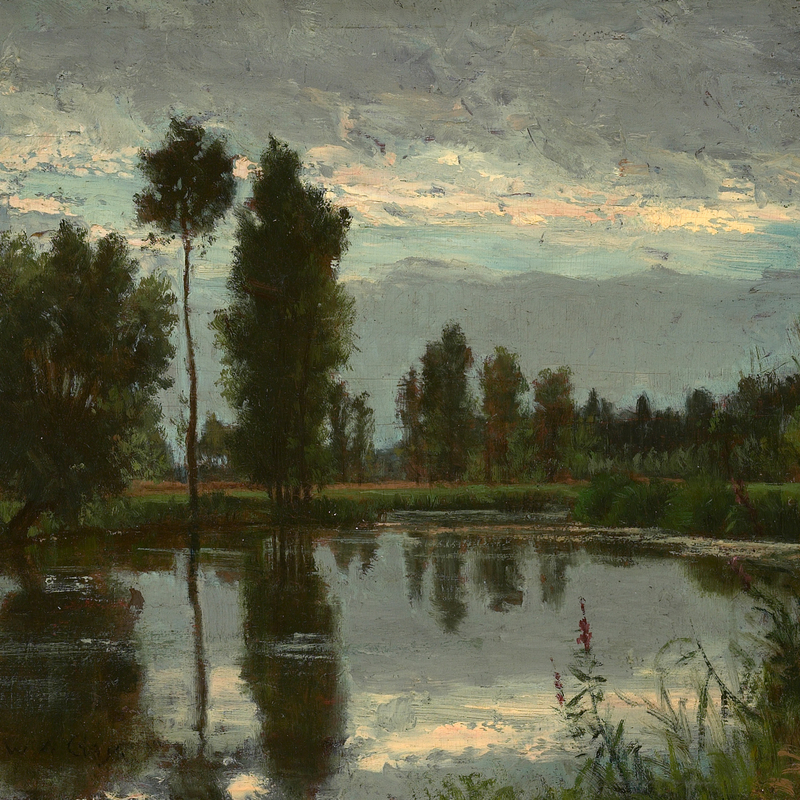 Gay was a native of Massachusetts. He is known to have studied with Robert Weir in West Point, New York in 1838, and was painting in the Boston area in the early 1840s. He was one of the first artists to study in Paris, leaving for Europe in 1847. He was an inveterate traveler, painting locales as varied as the Orient, Egypt, northeastern America and France.  In Paris, Gay worked with Constant Troyon, and through him came under the influence of the Barbizon School of landscape painters in Barbizon, France. Returning to Boston in 1851, Gay, for a number of years, continued to exhibit paintings based on his European sketches and experience.  He was very successful with work that married the styles of the French Barbizon and American Hudson River Schools of painting and exemplified a use of color and meticulous brushwork that suggests John Frederick Kensett and the Luminists.

Gay joined the West Campton artists' colony in New Hampshire in the late 1850s, and had been depicting the White Mountains there for most of that decade.  But Gay's restless feet would not allow him to remain in the Northeast.  By 1873, he was on the road again to Egypt and Europe.  And, in 1877, he traveled to Japan and other countries in the Orient, financing the journey by auctioning-off 112 paintings.  He stayed in Japan for four years, spending time in Kamakura, Yokohama, Tokyo and Kyota. He was back in Boston by 1881, and exhibited many of his paintings from his Oriental travels including scenes with canals, temples and old Japanese castles. Gay died in 1910, and had ceased painting in 1890. Gay's paintings are part of such esteemed collections as the Boston Atheneaum, the Brooklyn Museum, the Hingham (Massachusetts) Historical Society, and the Museum of Fine Arts, Boston.