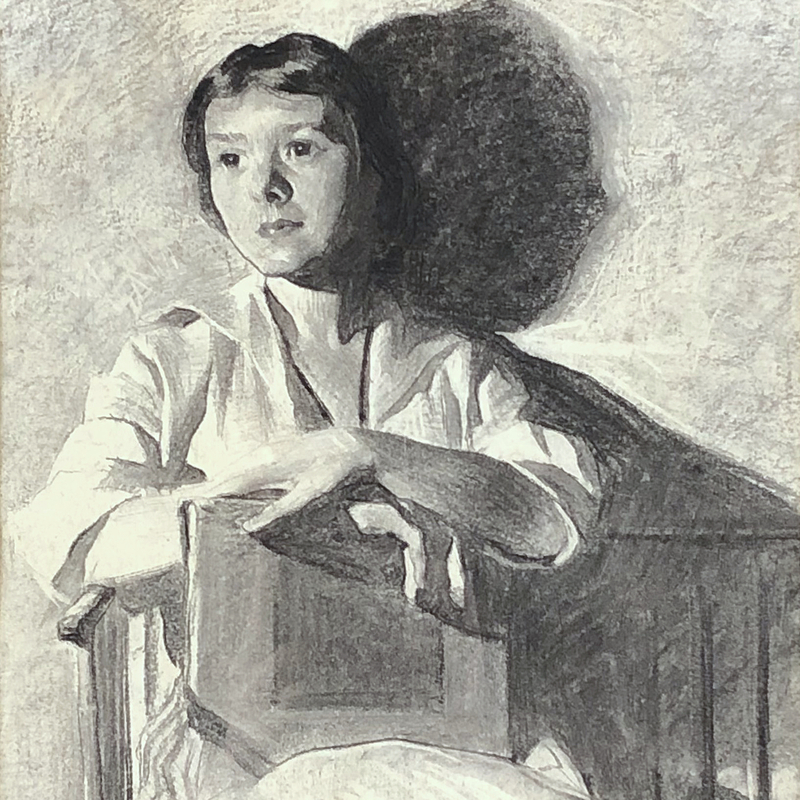 Born in Indiana in 1880, Garber began his art studies at the age of sixteen at the Art Academy of Cincinnati. Shortly thereafter he came east to Pennsylvania , studying under Thomas Anshutz and Hugh Breckenridge. While attending the Pennsylvania Academy of the Fine Arts from 1899 to 1905 he came under the influence of William Merrit Chase and Cecilia Beaux. After returning from a European tour funded by the award of the Cresson Fellowship at PAFA, Garber and his wife, fellow art student Mary Franklin, settled in Lumberville, Bucks County. From that point on Garber began to create his harmonic and tightly woven depictions of the Bucks County countryside. He joined the PAFA faculty in 1909 and upon his retirement in 1950 was considered to be the Academy's most respected and beloved instuctor. In 1958, at the age of seventy-eight, Daniel Garber died falling from a ladder outside his studio. Throughout his career, Garber was recognized as one of America's most gifted artists and one of its most influential teachers.