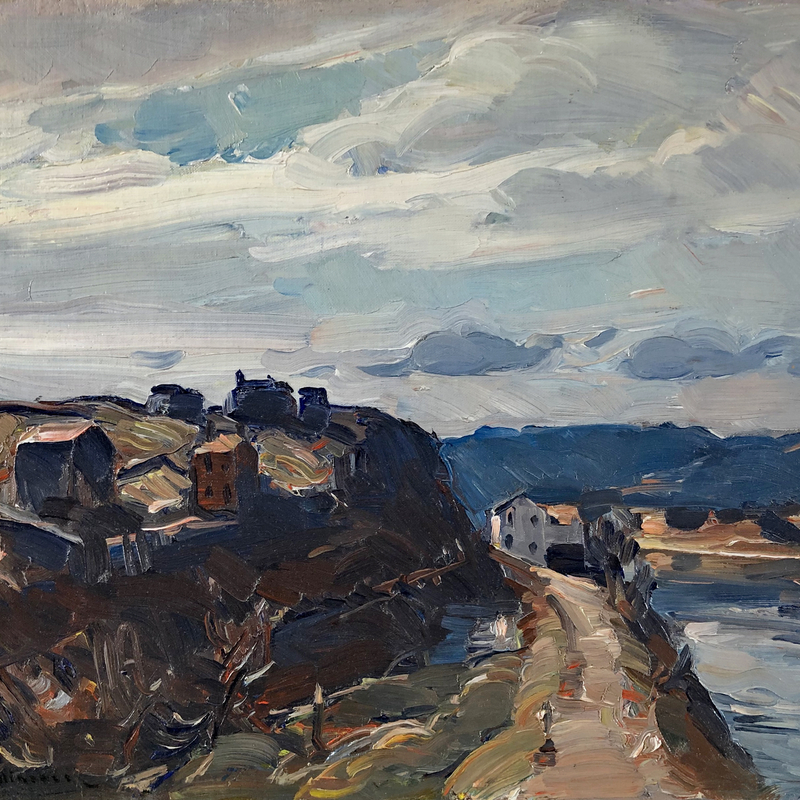 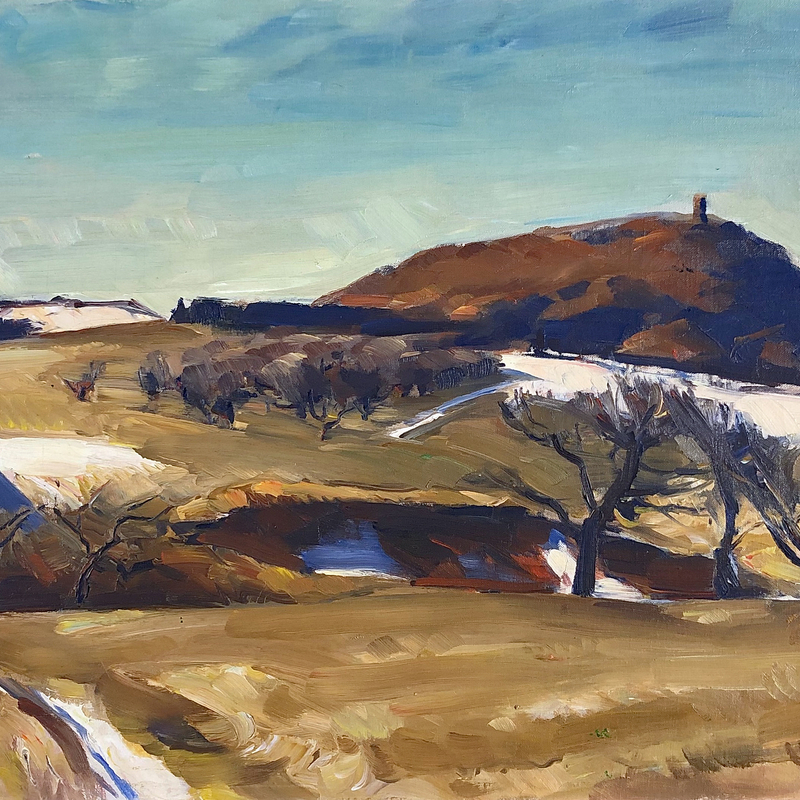 Born in Buffalo, New York, in 1892, John Fulton Folinsbee was stricken with polio in 1906 and confined to a wheelchair for the remainder of his life. He began his artistic training with Jonas Lie in 1907. From 1912 through 1914, he attended the Art Students League summer sessions in Woodstock, New York, where he studied landscape painting with Birge Harrison and John Carlson. In 1914, he attended the school’s main campus in New York City where he studied with Frank Dumond. That same year, Folinsbee married Ruth Baldwin. The couple first came to New Hope, Pennsylvania in 1916 to visit Birge Harrison, who wintered in Bucks County. Folinsbee and his wife remained in New Hope and built a home on the Delaware River eight years later.

Folinsbee is considered a member of the group of Impressionist painters now known as the New Hope School. Like Edward Redfield, Folinsbee was inspired by the winter landscapes of Bucks County. In the 1930s, Folinsbee's style changed dramatically. His color palette became dark and somber; his small, staccato application of pigment became more vigorous and personal. He painted directly from nature in a technique that enabled him to record the scene before him as directly and economically as possible.