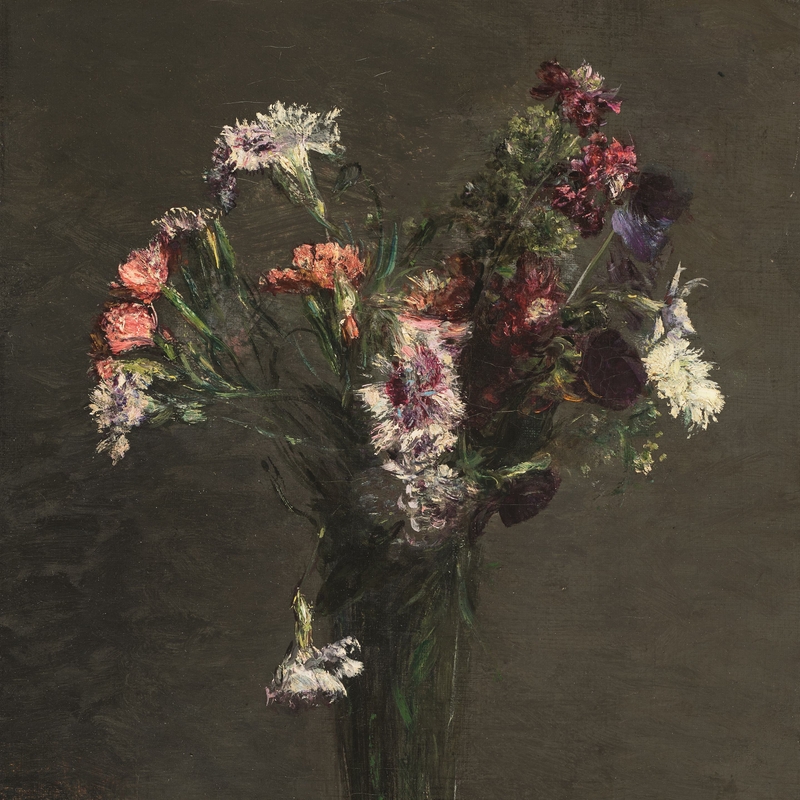 Born to a Russian mother and a French father, who was a portrait painter and drawing teacher, Henri Fantin-Latour became a well known French painter and lithographer in the classical tradition of the Old Masters. He moved with his family to Paris from Grenoble in1841 and early took lessons from his father, Théodore Fantin-Latour. This instruction was followed by short enrollment at the Ecole des Beaux Arts and then work in the studio of Gustave Courbet. From 1853 for about 12 years, he made his living by copying Old Master paintings at the Louvre, where he made the acquaintance of Edgar Degas, Edouard Manet and Berthe Morisot.  He became close friends with James McNeill Whistler and with Whistler and Alphonse Legros, formed the Société des Trois.

In 1859, at the invititation of Whistler, he visited him in London and with the influence of him plus Alphonse Legros and engraver Edwin Edwards, he became a part of the sophisticated art society of London. In 1861 and 1862, he first exhibited at the Paris Salon. He had close friendships with Impressionists but did not participate in their exhibitions nor agree with their theories. His style was precise and realistic, and he was a great admirer of the Romantics including composer Richard Wagner, whose music he illustrated with lithographs. Fantin-Latour married Victoria Dubourg, also a painter, in 1876, and they spent their summers on her family's estate at Buré, Orne in Basse-Normanie, the place of his death.