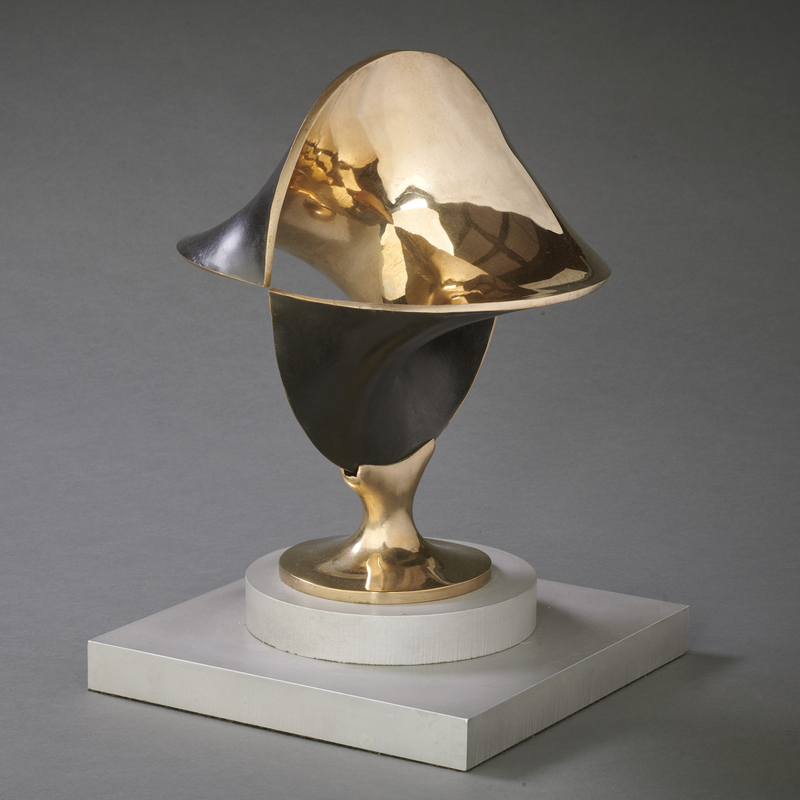 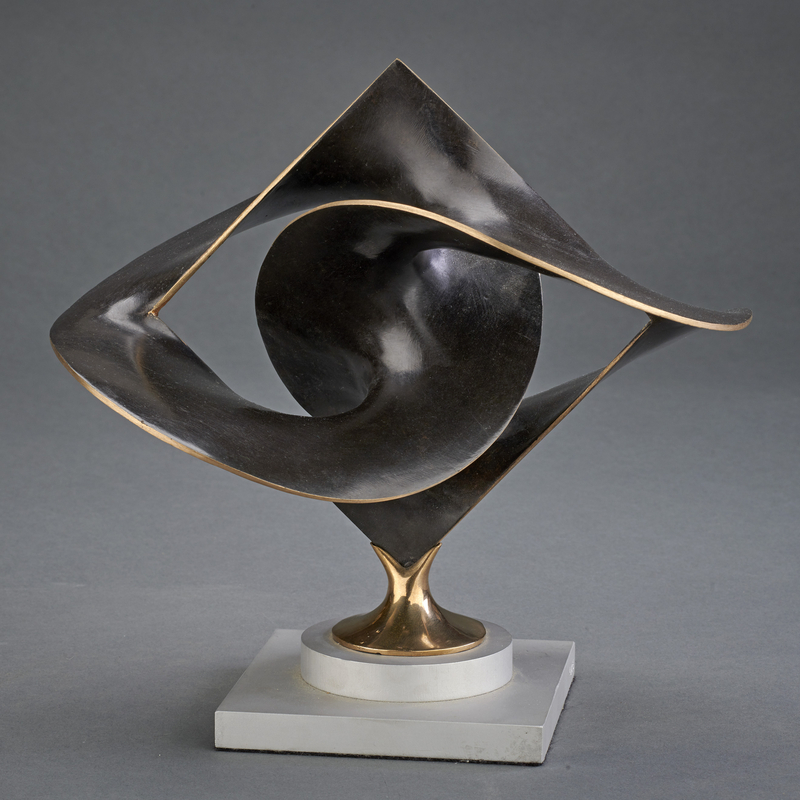 Robert Engman was born in 1927 to parents who had emigrated from Sweden. He joined the Navy at the age of 15, serving in World War II in the Pacific. He graduated from the Rhode Island School of Design with a BFA, and from Yale University with an MFA in 1955, in Painting and in Sculpture, where he studied with Josef Albers. Albers wrote of him: “Only a few independent ones were courageous enough to concentrate on the plane—the in-between of volume and line—as a broad sculptural concept and promise.”

Engman taught sculpture at Yale University and at the University of Pennsylvania. Students collaborated with Engman to create the Peace Symbol (1967) sculpture which was installed in front of the Van Pelt Library at Penn in 1983. One of his best-known sculptures, Triune (1975), stands at the southwest corner of Philadelphia City Hall. Another work, Kings (1975) is at 78th and Lindbergh Streets, also in Philadelphia.