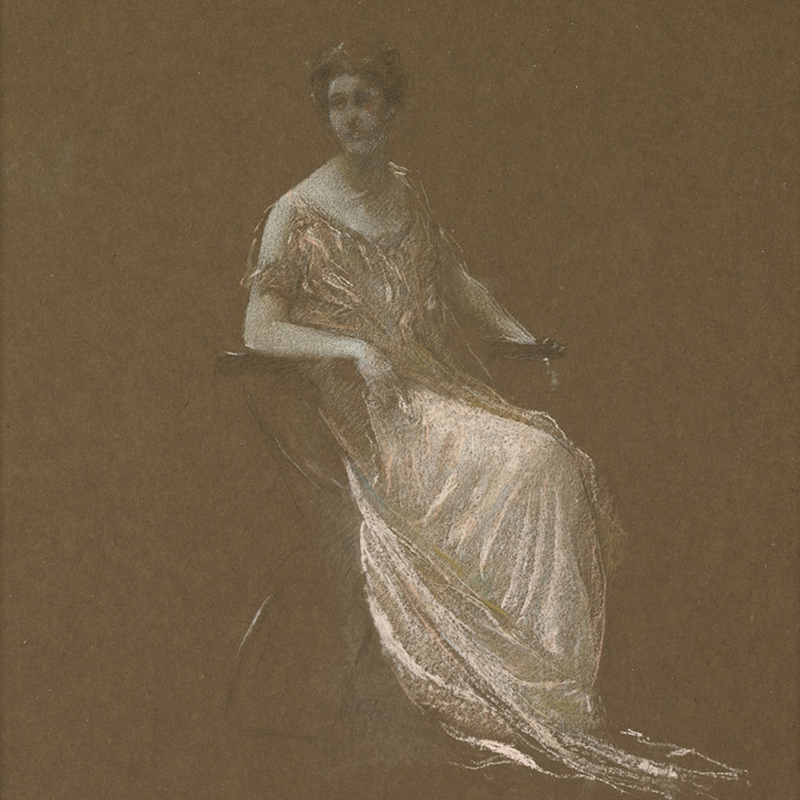 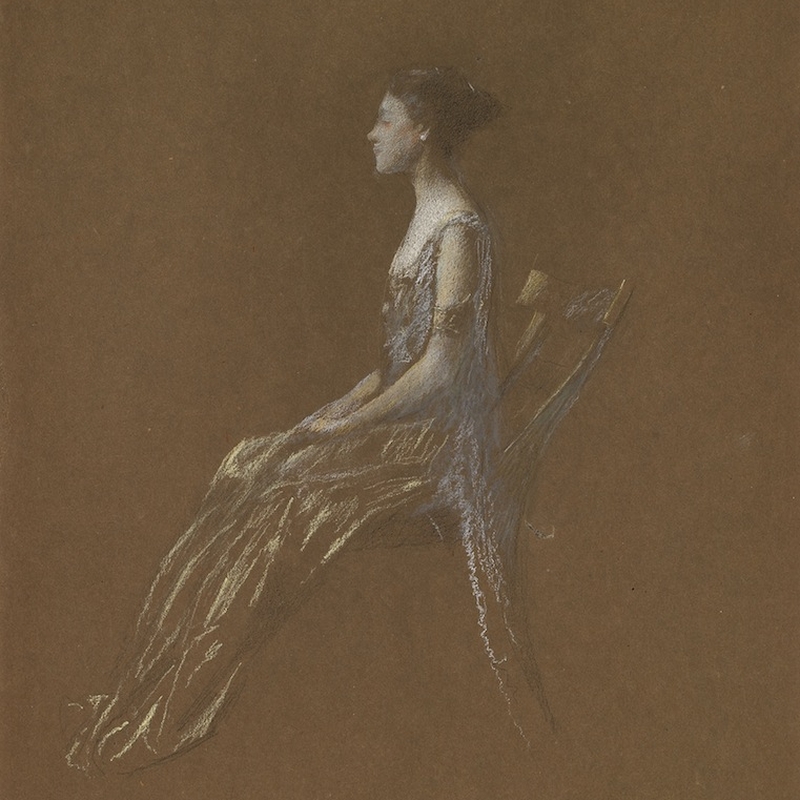 Born in Boston, Massachusetts, Thomas Dewing became a noted figure painter of idealized women, rendered simply with a limited palette in a style primarily associated with Tonalism. Dewing was also a muralist, whose major piece in that genre was "Commerce and Agriculture Bringing Wealth to Detroit," installed since 1900, at the Detroit Savings Bank. He studied at the Boston Museum School of Fine Arts and worked briefly as a lithographer. In Albany, New York, he worked as a chalk portraitist, and from 1876 to 1879, studied figure painting at the Academie Julian in Paris under Gustave Boulanger and Jules Lefebvre.

He married the artist Maria Oakley, a talented painter of figures and flowers, and she often collaborated with him by filling in sparse landscapes behind his figures or flowers. Early in their marriage they lived at East Hampton, Long Island, and he taught at the Art Students League. Between 1885 and 1902, he and his wife spent summers at the Cornish Art Colony in Cornish, New Hampshire. In 1887, he was elected to the National Academy of Design in New York, and he became a teacher there. In 1889, he won a silver medal at the Paris Exposition.

In 1898, he became a member of the Ten American Painters that included Childe Hassam, John Twachtman, and J. Alden Weir. That group rebelled against the Society of American Artists and in turn, against the strictures of the Academy. In this group, Dewing stood out for not being an Impressionist but reportedly joined because he liked "the spirit of tranquility and harmony that the group projected." From 1891, capitalist Charles Lang Freer played a major role in the career of Dewing by collecting his paintings and also by hiring Dewing to serve as buying agent for Freer's growing collection, now in the Freer Gallery in Washington DC.