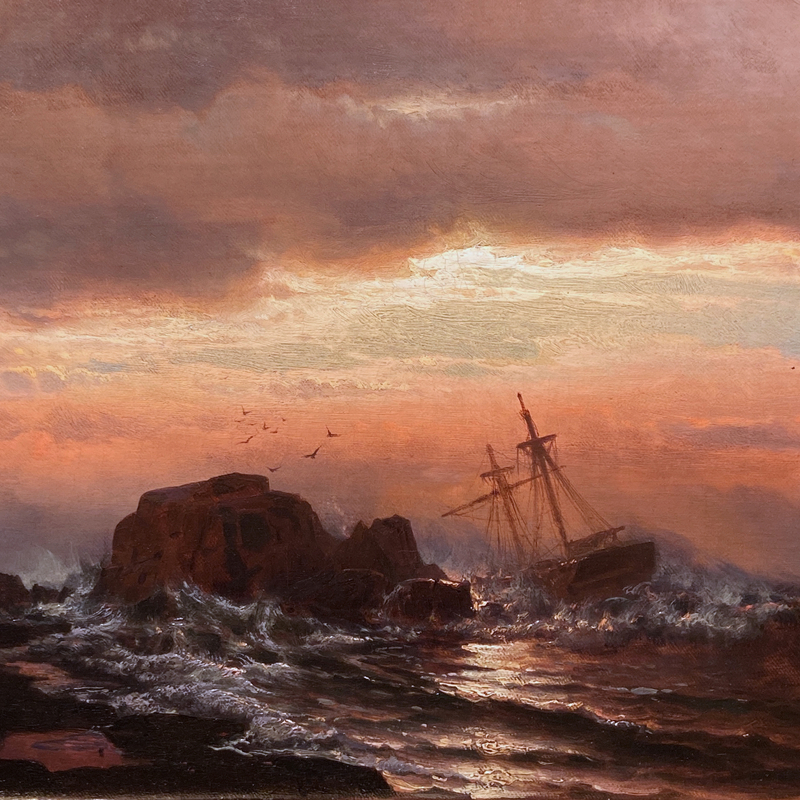 One of the most famous 19th-century marine and landscape painters, especially of Long Island, Mauritz de Haas was born in Rotterdam, Holland where he studied at the Academy of Fine Arts. He also studied at The Hague, a pupil of Louis Meyer, and then specialized in watercolor in London.

In 1859, at the age of twenty seven he immigrated to the United States and set up a studio in New York. In his adopted homeland, he first became known for his European views and then for his seascapes painted along the northeast coast. Among the latter were views of Long Island: Orient, Montauk, Peconic, Westhampton, Bridgehampton, and Southampton, as well as points along the Long Island Sound.