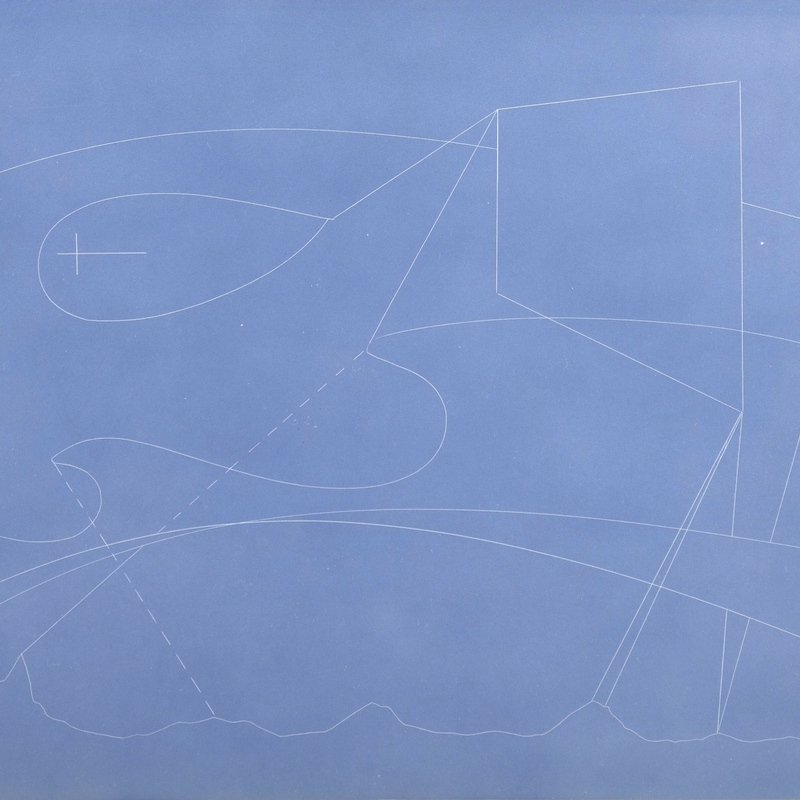 Best known for his severely reductive paintings of American infrastructure, Ralston Crawford’s journey to his mature artistic style was marked by an unflinching commitment to being solely an artist. His interaction with Modernism began in Philadelphia while he was a student at the Pennsylvania Academy of the Fine Arts. The Academy itself was sliding toward conservatism in the late 1920s, but Crawford’s beloved instructor Hugh Breckenridge and also Henry McCarter ensured that they exposed their students to the small but vibrant community of artists and collectors interested in Modernism. Breckenridge himself was a highly influential force in Crawford’s early career; his keen interest in color and insistence on a balance between emotion and intelligence were seminal to Crawford’s artistic development. Dr. Albert C. Barnes’ analytic approach to art, which Crawford encountered in Barnes’s weekly lectures at his foundation, also appealed greatly to the artist’s inherent desire for rational order and the primacy of form over subject matter. Crawford spent three years in Philadelphia and then moved to New York City in 1930. He struggled greatly during the Depression, and eventually moved his wife and young son to Exton, Pennsylvania in 1935. While there, Crawford developed the flat, simplified style of painting that would later define his career.