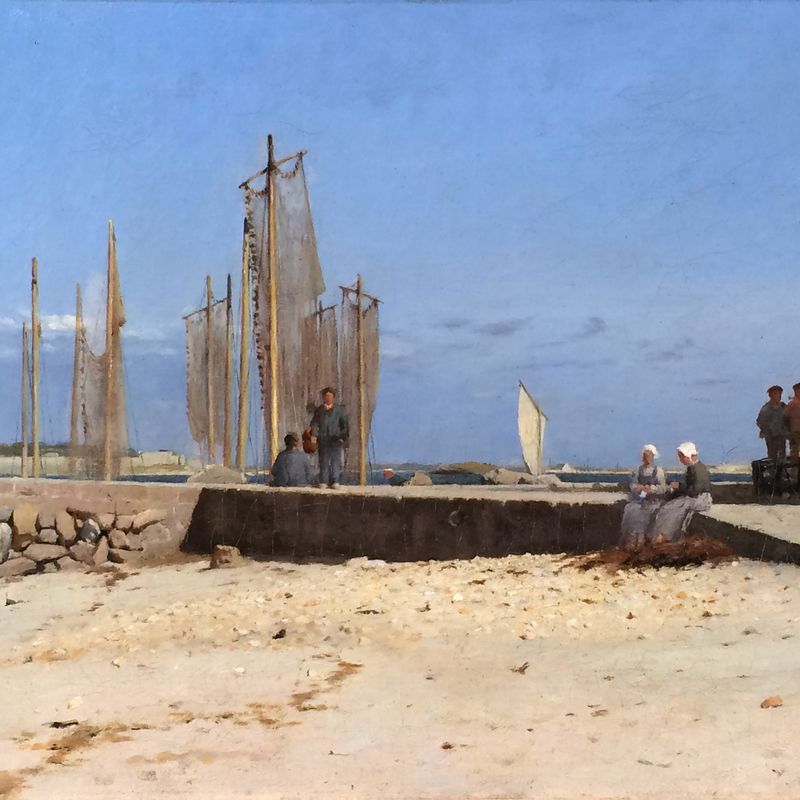 Dennis Miller Bunker was born in 1861. He died at the young age of twenty-nine. During his brief life he helped to introduce Impressionism to an American audience and he also founded the Boston School of painters. When he returned from his study in France in 1885, he took a teaching position at Cowles Art School in Boston. Although he held this position for only five years, he greatly influenced American artists and collectors alike (among them Isabella Stewart Gardner) by urging them to be more open to European ideas in art.

He spent the summer of 1888 in Calcott, Salop, England, painting in the plein-air style with John Singer Sargent, who was studying with Claude Monet at the time. Consequently, Bunker altered his style, making his palette brighter and brushwork looser, although he always maintained the careful drawing techniques he learned from Gérôme. Before his untimely death from influenza, Sargent called Bunker the most gifted young American artist. Bunker’s works are included in such prestigious collections as the Isabella Stewart Gardner Museum, The Detroit Institute of Arts, The Metropolitan Museum of Art, and the Pennsylvania Academy of the Fine Arts.