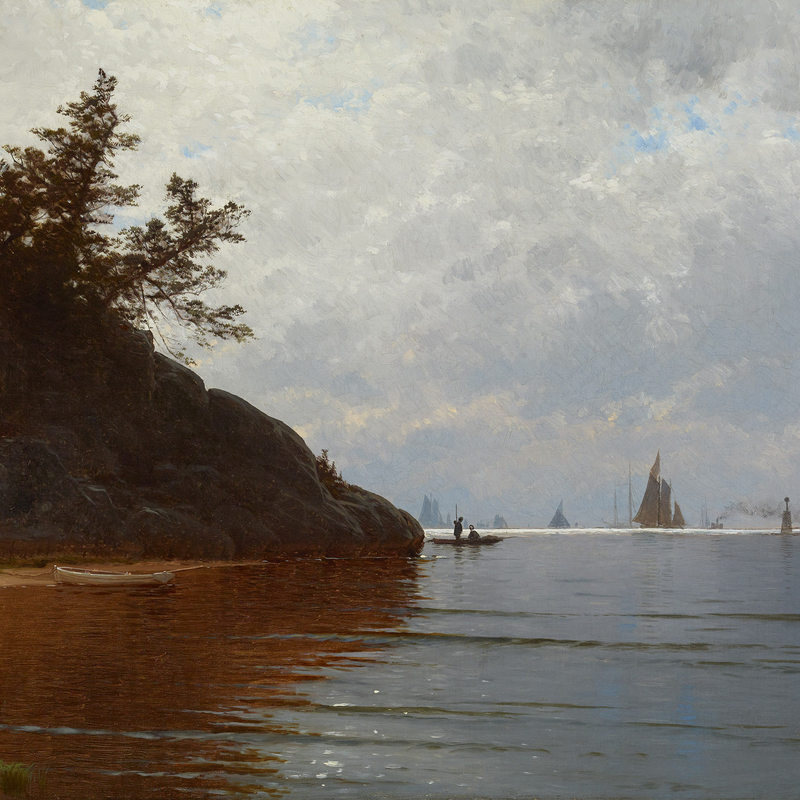 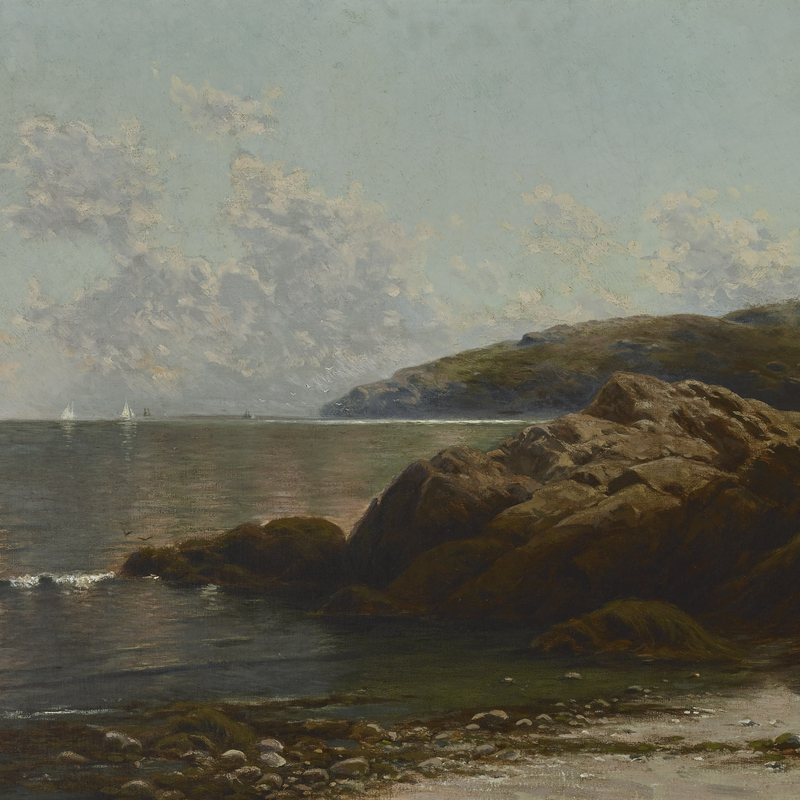 Born in Portsmouth, New Hampshire, Alfred Thompson Bricher was best known for his paintings of the rocky New England shoreline.  He spent most of his childhood in Newburyport, Massachusetts, and moved to Boston at age fourteen, where he took a job as a clerk in a mercantile house and began studying art in his free time at the Lowell Institute. In 1858, he returned to Newburyport and opened a studio. That year he went on sketching excursions to Roxbury, Massachusetts, and Mt. Desert Island, Maine, where he worked side by side with Charles Temple Dix and William Stanley Haseltine. At this point, he probably became aware of the work of Fitz Henry Lane and Martin Johnson Heade, who were important Luminist seascape painters at the time.

The following year, Bricher opened a studio in Boston and developed a relationship with the Williams & Everett Gallery on 234 Washington Street.  During the next several years, he made dozens of sketching trips to picturesque areas of the Northeast including Long Island, the Catskills, the White Mountains, Mt. Desert Island, the Hudson River Valley, and Newburyport, among others. In 1864, the artist exhibited for the first time at the prestigious Boston Athenaeum. Within two years, his work was so well regarded that it was chosen for illustration in a L. Prang & Co. chromolithograph publication. This kind of positive exposure certainly helped to launch Bricher's work into the public eye and may have influenced the expansion of his travels to the Midwest and to more remote areas of New York, such as the Adirondacks.

Bricher moved to New York City in 1868, and that year, exhibited his work for the first time at the National Academy of Design, where he continued to show almost every successive year until his death. Over the next several decades, the artist exhibited successfully at a number of other institutions, including the Boston Art Club, the Brooklyn Art Association, the Pennsylvania Academy of the Fine Arts, and the American Art Association. In 1881, Bricher built a summer home in Southampton, Long Island, and began painting the coastline of the surrounding area including views of Montauk Point. In addition to painting coastal scenes around Long Island, from this period up until his death in 1908, Bricher also continued to paint throughout Maine, Massachusetts, Rhode Island, and Grand Manan Island.