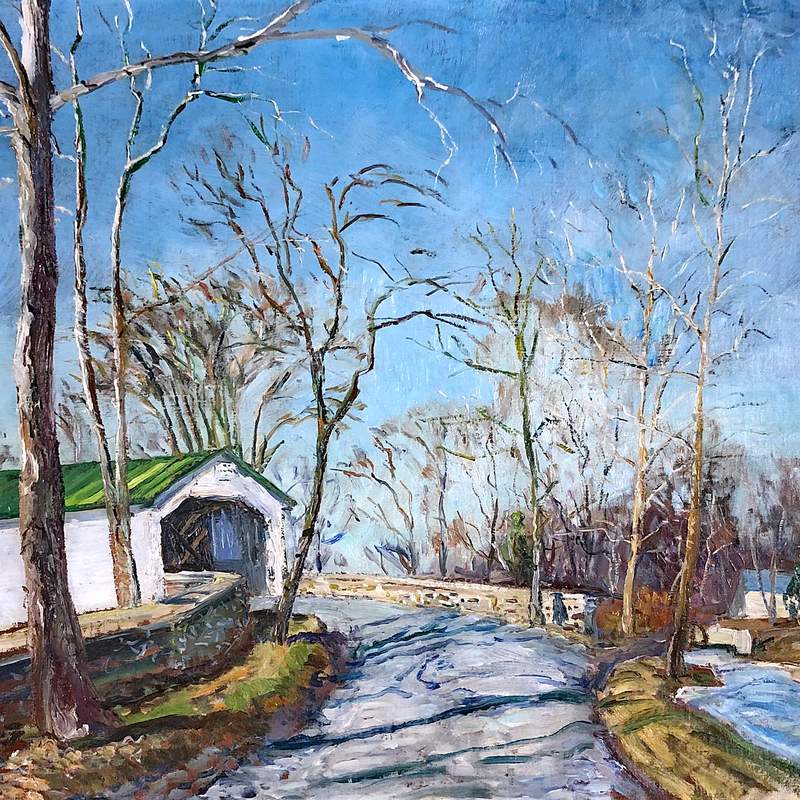 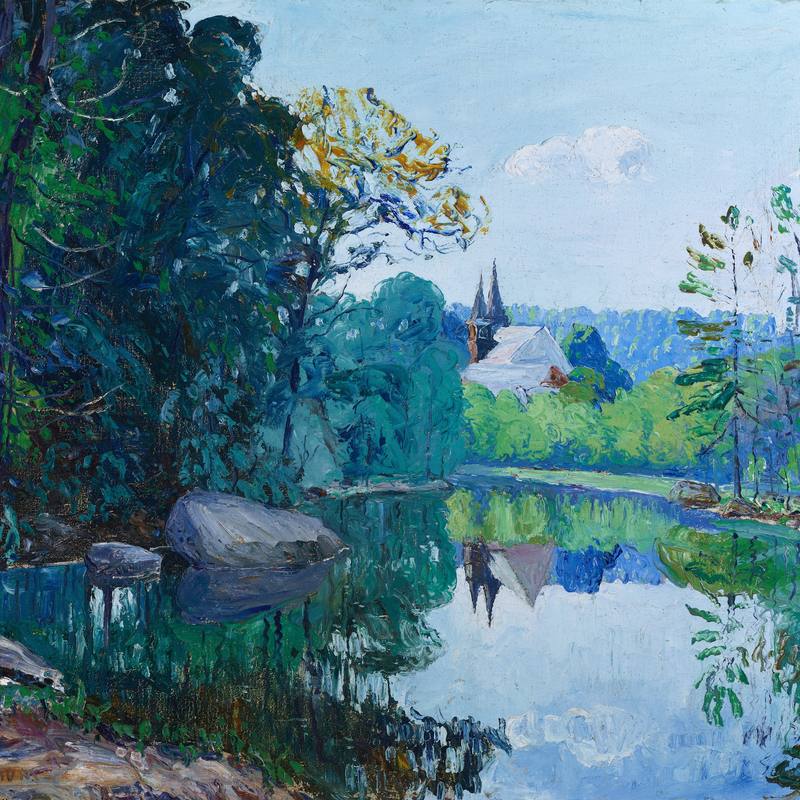 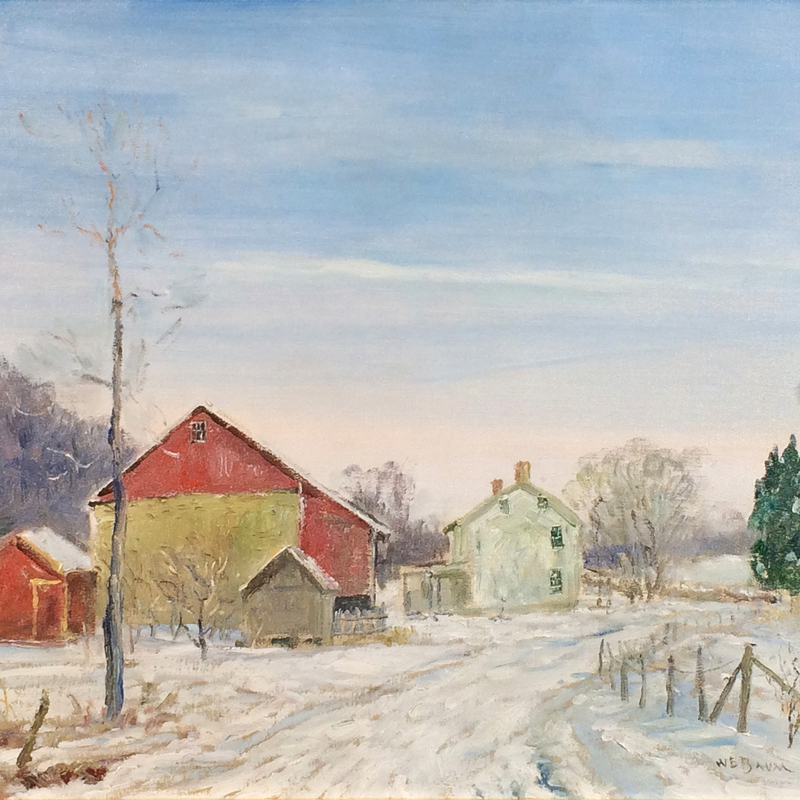 The only prominent artist of the Pennsylvania Impressionists who was native to Bucks County, Walter Baum spent his entire life there and painted the area's landscapes and towns. Baum received his initial training in 1904 from William Trego, a skillful American painter of military scenes. In 1910, he entered the Pennsylvania Academy of the Fine Arts, where he studied with Thomas Eakins and Thomas Anshutz. Daniel Garber, an influential member of the New Hope School and member of the Academy's faculty, also influenced Baum's work and style.

Baum's oeuvre of more than 2,000 works in oil, tempera, watercolor, and pastels, may be divided into two distinct groups, different both in style and subject. The majority of his work was landscape painting. The remainder consist of cityscapes of Allentown and Manayunk, both towns in Pennsylvania. These paintings reflect a small-town atmosphere and depict local architecture and quaint streets. Although executed with the same lusty brushwork as his landscapes, the cityscapes display a greater intensity of pure color, with many of the buildings and other objects outlined in black.

Baum's works are found in many public collections including the Philadelphia Museum of Art, Syracuse University Art Collection, Allentown Museum of Art, Reading Public Museum, James A. Michener Art Museum, Butler Institute of American Art and the Pennsylvania Academy of the Fine Arts.