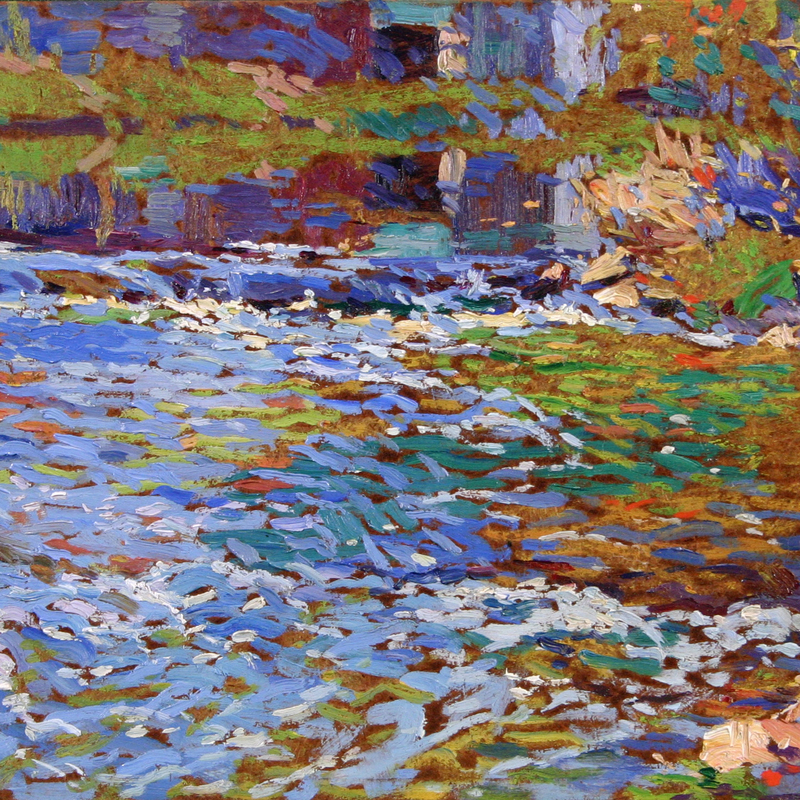 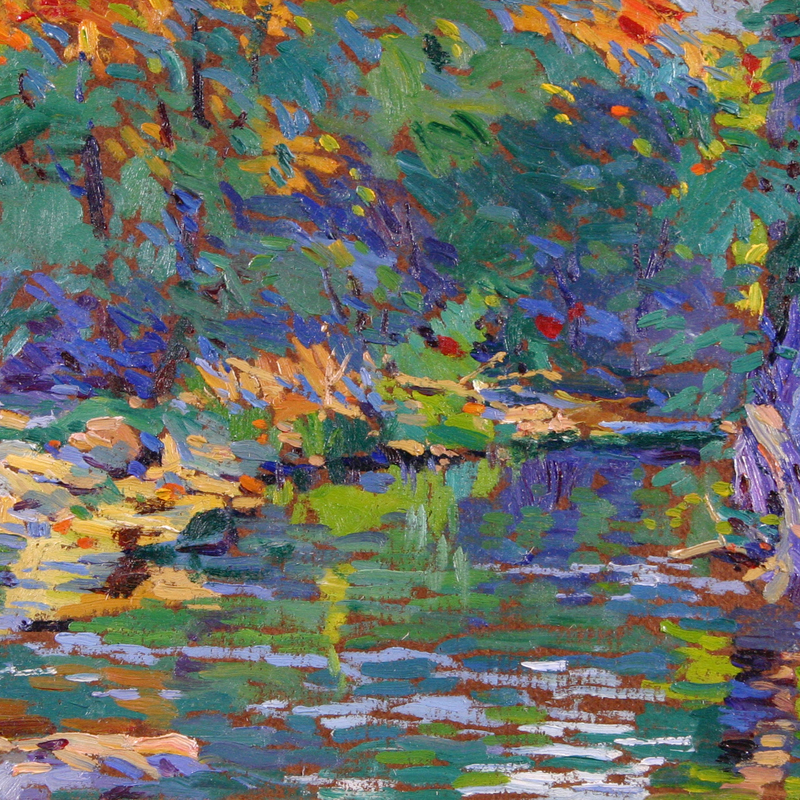 A native of Philadelphia, John Pierce Barnes began his artistic training at the Philadelphia School of Industrial Design. He then attended the Pennsylvania Academy of the Fine Arts, where he studied with Daniel Garber. In 1923 he was awarded the Cresson Traveling Scholarship, which afforded him with the opportunity to paint in France, Holland, and Belgium.

Barnes was greatly influenced by Garber. His vigorous, broken brushstrokes and bold, bright palette owe to Garber's personal painting style as much as they reflect the influence of French Impressionism and Pointillism. Barnes loved color and maximized its potential in his works. He was equally interested in capturing the dramatic effects of sunlight in the landscape. Indeed, the all-over pattern of the brushwork in his paintings almost glistens like strong light does in nature.

In the 1920s Barnes contracted "sleeping sickness," which he would struggle with until his death in 1952. Consequently, his body of work is small compared to many of the other Pennsylvania Impressionists working around him. The Woodmere Art Museum in Philadelphia held a retrospective exhibition on Barnes in 2009, which helped to bring greater exposure to this talented local artist.