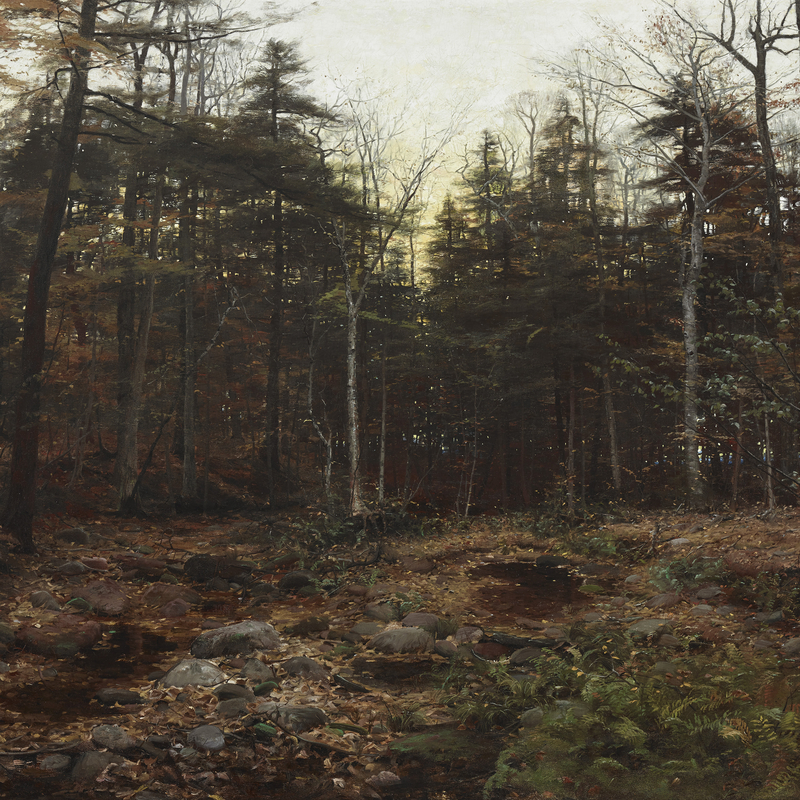 William Bliss Baker showed extraordinary promise as a young artist and became a widely hailed landscape painter early in his career. Unfortunately, his life was cut tragically short when he died from a skating accident at the age of twenty-six. Before his untimely death, he studied at the National Academy of Design from the age of seventeen and took classes there with the great landscape painters Albert Bierstadt and M.F.H. de Haas.

Baker maintained a studio in upstate New York and began exhibiting at the National Academy in 1881. Despite his untimely death, he completed more than 130 paintings during his short career. Inspired by the artists of the earlier Hudson River School, Baker sought to express the beauty of the natural world with his own precise and realistic style. At the age twenty-five, he won the prestigious Hallgarten Prize from the National Academy of Design for his painting titled Woodland Brook. Baker was just coming into his own as an artist and had completed his masterpiece Fallen Monarchs in 1886 (now in the collection of the Brigham Young University Museum of Art in Utah) when he died suddenly from a skating accident on November 20, 1886.