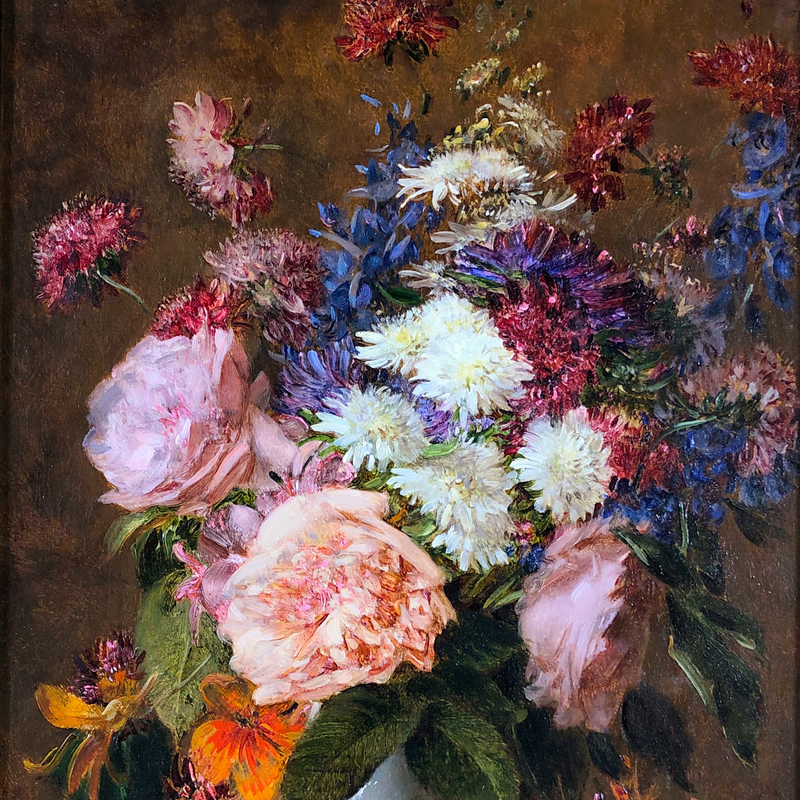 William Babcock
Roses and Chrysanthemums in a Vase

An expatriate painter, noted for figurative paintings of peasants as well as classical works, Biblical scenes, mythological subjects, and still lifes, William Babcock was born in Boston, Massachusetts but lived most of his life in France. In 1847, he became one of the first Americans to study with Thomas Couture in Paris. He then went to the village of Barbizon where, along with other American artists, he did peasant genre paintings. He became good friends with Jean-Francois Millet, a leading Barbizon painter, whose figure painting much influenced Babcock. Babcock introduced William Morris Hunt to Millet, and, in turn, Hunt became a strong exponent of the Barbizon School of painting in America. Although he continued to live in Paris and died in that city, Babcock had a good market for his work in Boston. The Boston Museum of Fine Arts has a large collection of his figurative works.