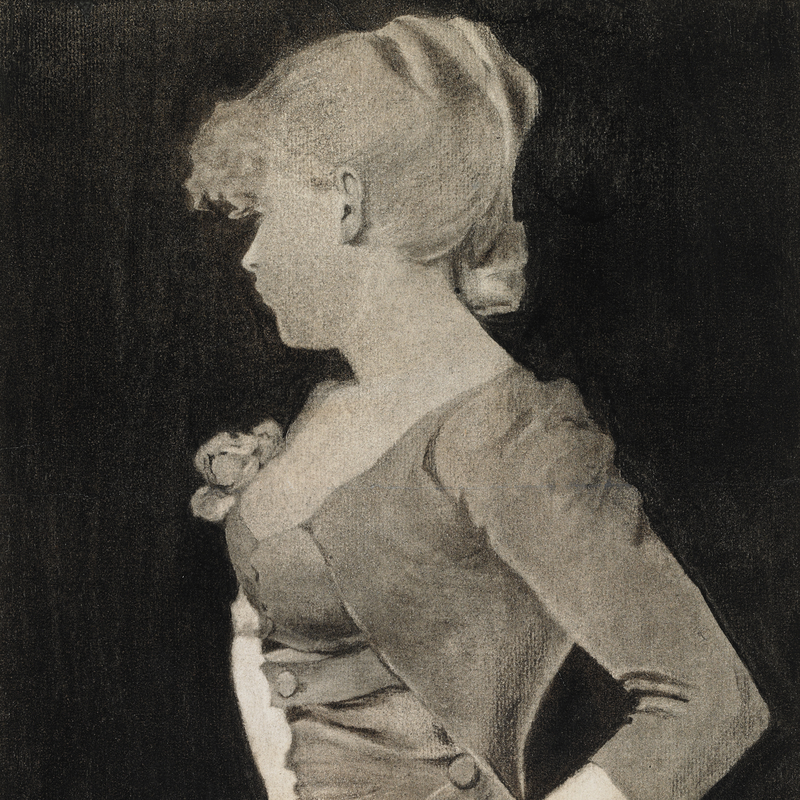 John White Alexander's graceful depictions of beautiful women earned him critical acclaim both in Europe and America. He began his career as an illustrator for Harper's Weekly, however in 1890, he moved to Paris in order to recuperate from an illness, intending to stay for a “couple of years or so.” Instead, the artist remained there until 1901, during which time he developed his mature painting style and created some of his most iconic works of art. Perhaps the most important and lasting bond that Alexander formed from among the Parisian art circle was with fellow artist and expatriate James Whistler, who was extremely influential for Alexander. He fully embraced Whistler’s “art for art’s sake” ideology as he sought to develop his own unique style. Additionally, Alexander became closely tied to Art Nouveau, as it emerged as an important movement in France during this time.

Alexander’s mature style was marked by a shift from a realist mode of working to a more idealized subjective approach. Having already established a successful career as a portrait painter, he continued to concentrate on a single figure, however he placed a greater emphasis on the arrangement of shapes on the surface of the canvas to create graceful and often asymmetrical compositions. Furthermore, Alexander developed a unique painting technique by using a coarse absorbent canvas and thin layers of paint, which allowed the texture of the canvas to show through as an important element of the painting. This unusual surface reflected light diffusely, resulting in a soft glow and enhancing the quiet almost dreamy mood that Alexander sought to evoke in many of his figurative works.