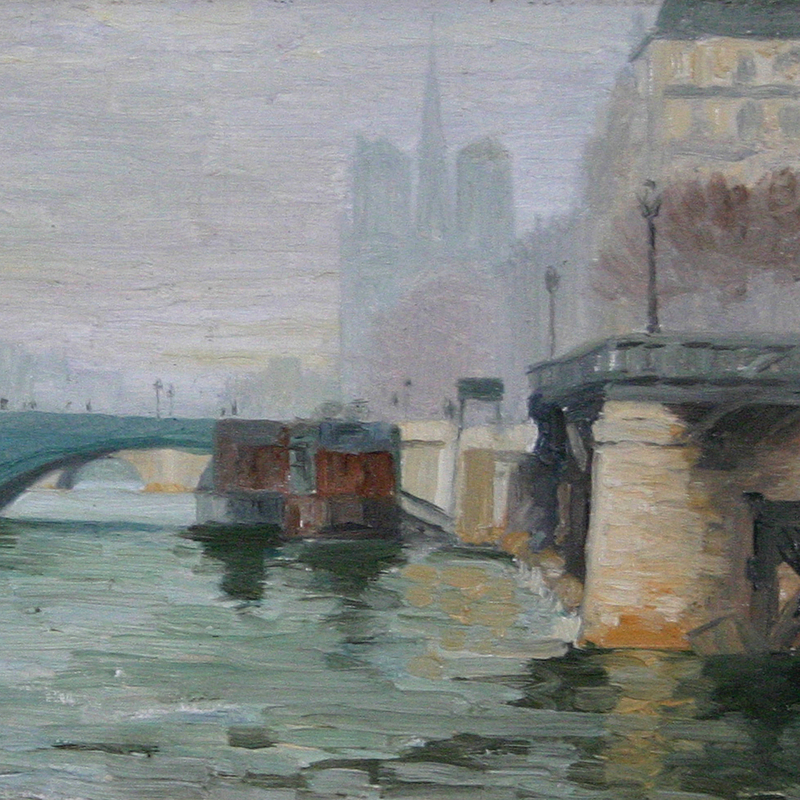 Albert Adolphe
View Along the Seine 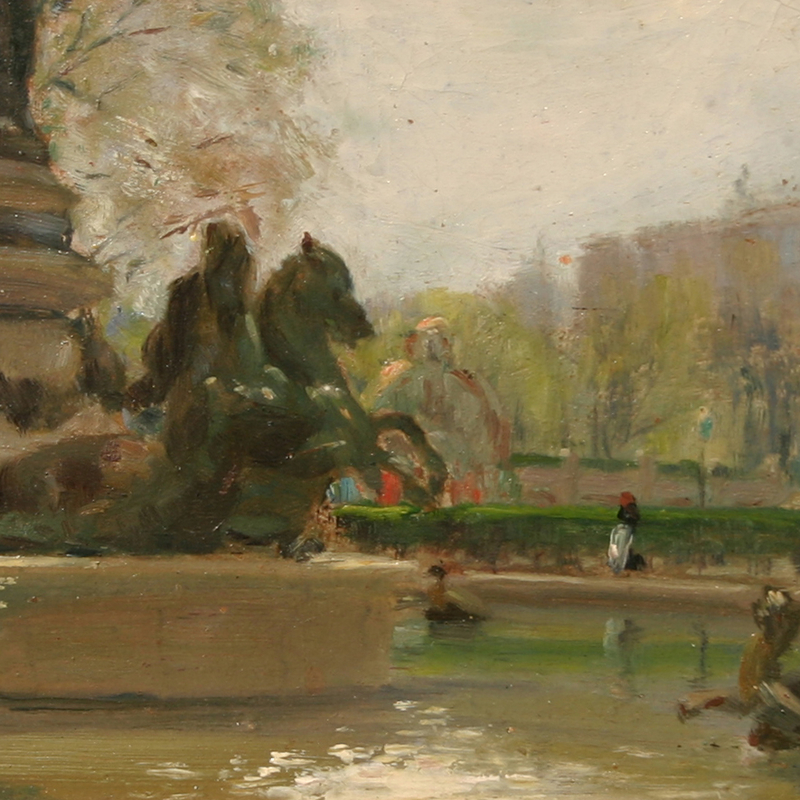 Albert Jean Adolphe was known as a decorator, a portrait painter, and a landscape artist. He worked in oil and watercolor. Born in Philadelphia in 1865, he attended the Pennsylvania Museum School of Art. After graduation, he traveled to Europe and studied under Jean-Léon Gérôme and James Whistler at the Ecole des Beaux Artes in Paris and under DeVriendt in Antwerp.

Adolphe was a member of the Graphic Sketch Club and the Philadelphia Art Club. In 1894, he was awarded an honorable mention at the Columbian Exposition in Chicago, and in 1899 he received an honorable mention in Paris. From the Philadelphia Art Club he won the Stotesbury Prize. He did decorative work at the Marlborough-Blenheim Hotel in Atlantic City, New Jersey. For many years, Adolphe showed in Chicago, St. Louis, and in Philadelphia. From 1898 to 1902, he exhibited at the Paris Salon and later in Antwerp and Munich.